Leading Change across the Mediterranean 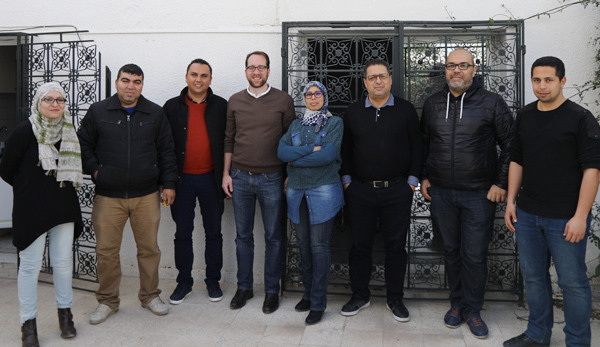 During the 2016-18 period a group of young Tunisian professionals and experts have successfully completed a circle of workshops in the framework of the "Policy Advice and Strategy Development" program that the Center for Applied Policy Research (C·A·P) had been conducting in cooperation with its Tunisian partners, the Union of Independent Tunisians for Liberty (UTIL), the Faculty of Juridical, Political and Social Sciences of the University of Carthage, and the Arab Institute for Human Rights Tunis. The program had been part of the Bavarian-Tunisian Action Plan 2016-18 which the governments of the Free State of Bavaria and of the Tunisian Republic had agreed on to foster bilateral ties and support Tunisia's transition towards liberal democracy.

Within three years, the experts had been professionally trained in strategic thinking and developing approaches of political advice. They have been publishing policy papers related to issues and topics of concern in specific fields Tunisia's public policy, such as security, women's affairs, socio-economic living conditions in regions, entrepreneurship, health or social media. In addition, they have been organizing activities to disseminate their scientific, critical public policy assessments and their recommendations for reform, and they have been initiating processes of collective reflection, gathering numerous decision-makers and opinion-shapers, stakeholders and academics, representatives of the Tunisian civil society, businesses and media, in the capital of Tunis as well as in Hammameth, Monastir and Médenine.

The training program has been coordinated and run by Ludwig Schulz and Michael Bauer, and on the Tunisian side extensively supported by Moez Ali, President of UTIL. 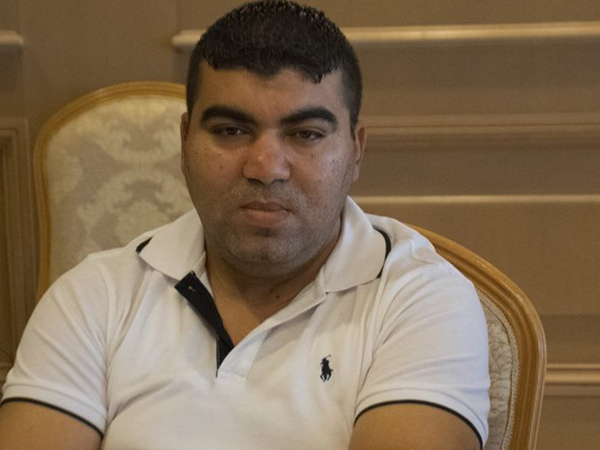 Riadh Béchir holds a PhD in economics from the Faculty of Economic Sciences and Management of the University of Sfax. He works at the Laboratory of Economy and Rural Societies (LESOR) of the Arid Land Institute in Médenine. Moreover, he is President of the Association for Development and Strategic Studies of Médenine.

Riadh has published widely on topics concerning the economic and social development in the Southeastern regions of Tunisia. He also participated in more than 70 national and international scientific events. He was coordinating a European Cooperation Project to support the development dynamics of rural territories in the Mediterranean during the period 2011-2014 (a2dtrm.iamm.fr), and has contributed as a member of the research team to the activities of the European project "Land Use Policies and Sustainable Development in Developing Countries", 2007/2011 and to an CRP11 project.

In 2017, he published C·A·Perspectives on Tunisia No. 01-2017 on the topic of "La contrebande, le secteur informel et le défi du développement au gouvernorat de Médenine", and in 2018, together with Dr. Tarek Ghazel, he organized the conference "Les défis socioéconomiques au gouvernorat de Médenine : L'Extrémisme violent et la contrebande comme exemples"  at the Institute for Arid Regions which gathered state authorities, stakeholders, experts and representatives of the Tunisian Civil Society and media to discuss ways how to improve the socio-economic conditions in the region of Médenine. 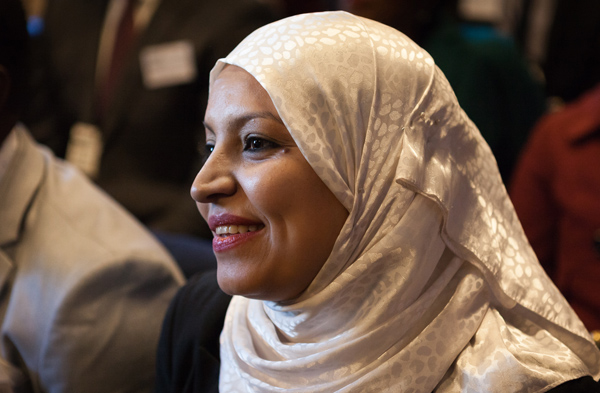 Dhekra ElHidri is an engineer and has a research master degree in Agronomic Science from the Institut National Agronomique de Tunisie (INAT). Currently, she is country manager of Nawaya working between Egypt and Tunisia. Also she is Research, Advocacy and Project Development Funding officer with African Youth Against Corruption and for Transparency (J-ACT) working under the umbrella of the African Union. She worked as responsible for communication, advocacy and networking with COSPE – Cooperation for the Development of Emerging Countries. Additionally, she worked for the UN Food and Agriculture Organization (FAO) and as consultant in different project with International Center for Agricultural Research in the Dry Areas (ICARDA). She did a professional fellowship with Grameen Foundation in Seattle, USA about the integration of technology in agriculture. She is one of the 50 Future Leaders with British Council in 2018.

Ms. El Hidri is one of the activist about gender and women socio-economic empowerment especially women in farmer in rural area by participation in the Advocacy for the elimination of all forms of discrimination against women, the integration of gender in pastoral code and by publishing and submitting policy paper to the parliamentary committee responsible of women. She worked several years as technical consultant/advisor at the Association of Sustainable Development. She is trainer in civic education from Goethe Institute as well in advocacy and policy influencing from INTRAC.

Recently, she published C·A·Perspectives on Tunisia No. 03-2017 on the topic of "L'Economie Sociale et Solidaire: Un Levier pour une Révolution Economique", and C·A·Perspectives on Tunisia No. 01-2018 on the topic of "Social Entrepreneurship in the MENA Region: For Inclusion and Sustainable Development" (together with Nizar Baassoussi). In 2018, Ms. ElHidri and Mr. Baassoussi organized the national forum "Social Entrepreneurship and Technology". This event held at the StartupHaus Tunis was in partnership with Change Alliance for Development, with the initiatives We Love Kairouan and H-CORP which gathered several dozens of young professionals and social entrepreneurs as well as other experts on the topic to discuss the challenges and opportunities of social entrepreneurship in Tunisia. 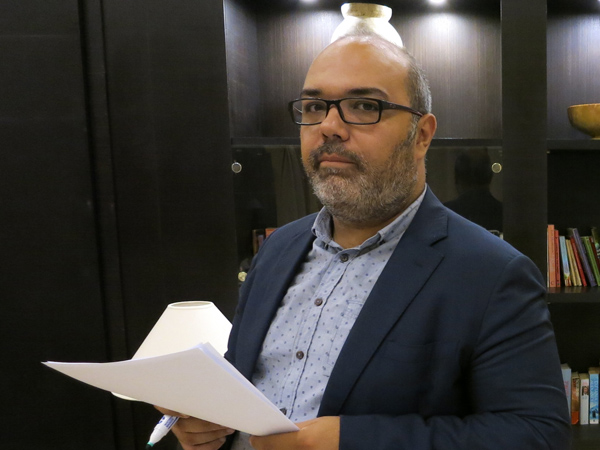 Omar Fassatoui works as Human Rights Officer at the UN Office of the High Commissioner for Human Rights, Tunis since 2016. He is an associate researcher at Sciences Po Aix en Provence (Aix Marseille University) and a lawyer, who joined the Tunisian bar association in 2008. Holding a PhD in Political Science and Law, his research was on international law and bioethics. Dr. Fassatoui also did post-doctoral research at the University of Geneva. In addition, he works on biopolitcs, bioethics, human rights (with a special focus on women and minorities' rights), state and religion relationships in the MENA region, and political Islam and democracy. He also been working on issues related to radicalization and refugees since 2015.

In 2016, he published C·A·Perspectives on Tunisia No. 01-2016 on the topic of "Women's rights in Tunisia: the remaining legal inequalities", and in 2018 he organized and lead the reflection group workshop on women rights and protection, focusing on the needs of refuges for women initiatives in Tunisia. 23 representatives of the associations that manage the centres in Gafsa, Jendouba, Kairouan, Zarzis, Tunis, Sfax and Sidi Thabet as well as a representative of Amnesty International Tunisia were gathered in Hammamet. A representative of the Ministry of Justice, the President of the National Authority to Combat Human Trafficking, a representative of the Spanish Cooperation who works particularly on the fight against violence against women joined as well as a representative of the United Nations Population Fund and, via video conference, the President of the German Frauenhauskoordinierung e.V.

In addition, he participated in the expert conference "Beyond the Arab Spring: Political and Socioeconomic Transformation across the Middle East and North Africa" that took place on 28 November 2017 at the Center for Applied Policy Research in Munich. 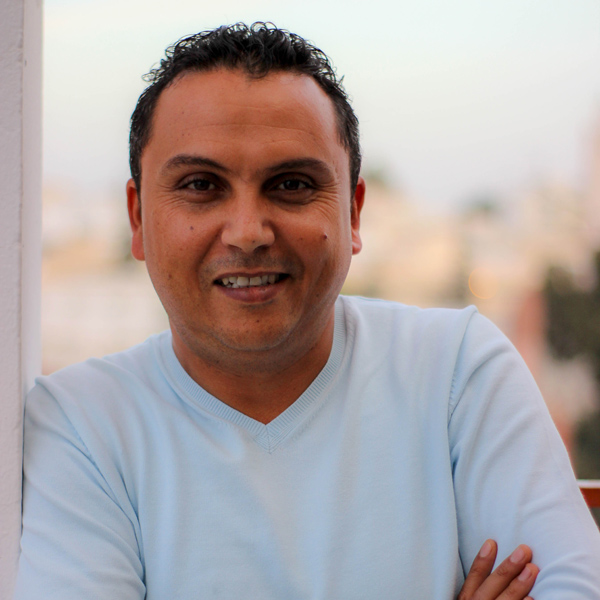 Tarek Ghazel holds a PhD in the sciences of French language, and works as a professor assistant in the Higher Institute of Human Sciences (University of Gabès). His research domains are media discourse analyses, prevention and countering violent extremism (PVE, CVE), as well as cognitive sciences applied in discourses and learning. He is a consultant with the international organization GVC Italia on the project "SALAM" to prevent violent extremism in the Governorate of Medenine (South of Tunisia).

He is also an activist in the civil society as an expert in PVE/CVE and Human Rights. Since 2016, He is engaged in several projects with civil society and the Tunisian government to put in place a policy and a strategy for the reinsertion and reintegration of terrorist fighters returning from conflict zones. He has organized and attended several national and international workshops organized by international CVE centers and agencies such as the Counter-Terrorism Forum Hedaya, UN Counter-Terrorism Committee Executive Directorate, and the Tunisian National Committee against Terrorism.

In 2017, Dr. Ghazel published C·A·Perspectives on Tunisia No. 06-2017 on the topic of "Une Politique Régionale pour Prévenir l'Extrémisme Violent au Gouvernorat de Médenine", and in 2018, together with Dr. Riadh Béchir, he organized the conference "Les défis socioéconomiques au gouvernorat de Médenine : L'Extrémisme violent et la contrebande comme exemples" at the Institute for Arid Regions which gathered state authorities, stakeholders, experts and representatives of the Tunisian Civil Society and media to discuss ways how to counter violent extremism in the region of Médenine. 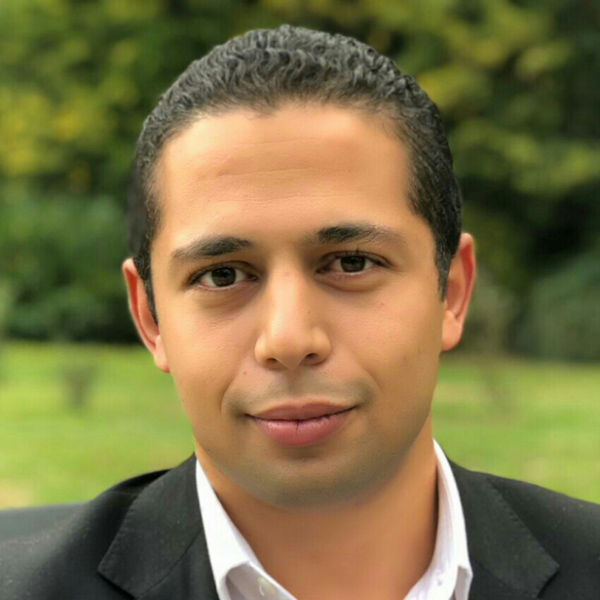 Mohamed Haroun Ouanes holds a PharmD in industrial pharmacy. He is the CEO and founder of Lyra Cosmetics, a startup based in Monastir, Tunisia.

He is also committed to civil society work in Governance, Human Rights, Environment and Health as a researcher, facilitator and a lobbyist. He is currently the Africa's referent Ambassador within the Réseau International Franchophone des Entrepreneurs RIFE.

In 2016, Mr. Ouanes published C·A·Perspectives on Tunisia No. 03-2016 on the topic of "Entrepreneuriat en Tunisie: Recommandations pour relever les défis économiques", and in October 2017 he paid a visit to C·A·P to give a lecture and discuss with an interested audience the conditions, challenges and potentials of how to enhance the spirit and level of entrepreneurship in Tunisia.

In 2018 Mr. Ouanes started a major process to raise the level of entrepreneurship in the city and region of Monastir by organizing several meetings and gatherings of decision-makers, stakeholders, established and young entrepreneurs, as well as representatives of the civil society and the media to discuss challenges and potentials for entrepreneurship. Four main meetings with stakeholders and likeminds have been realized from July to December 2018 in order to draft and implement a Charter for Entrepreneurship in Monastir.

The Charta had been signed in July 2019 in a ceremony in Monastir by the support, beyond others, of the Tunis Office of Friedrich Naumann Foundation (see this facebook post). 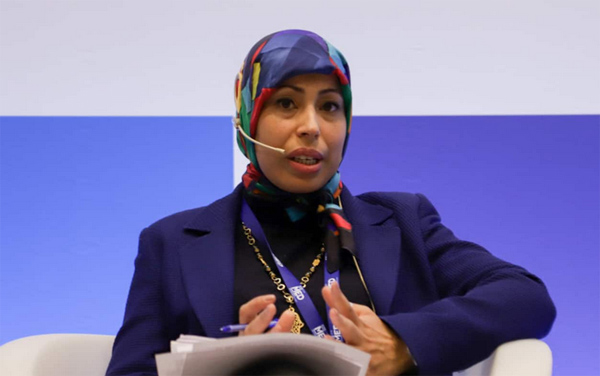 Mayssa Zerzri works at the presidency of the government. In 2011, she obtained a professional master degree in computer systems and network security from the Higher Institute of Informatics, Tunis. She is a cyber security consultant, an expert auditor in Information Security, specialized on cybercrimes and ethical hacking, certified with ISO 27001 Lead Implementer and Cobit5 (IT governance). Currently, she is working as a digital officer for the alternative narrative and fighting radicalization platform. Previously, she has been working for the Ministry of Relations with Constitutional, Civil Society and Human Rights after working for the presidency of the government as an internal IT auditor, as well as for the Tunisian agency for external communication as a digital officer.

In 2017, Ms. Zerzri published C·A·Perspectives on Tunisia No.03-2017 on the topic of "The Threat of Cyber Terrorism and Recommendations for Countermeasures", and in 2018 she launched the e-portal "Tunisians Against Cyberterrorism" (www.tact-tunisie.tn) in collaboration with her expert colleagues Fadhel Ghajeti, IT Security expert and senior engineer at the National Agency of Computer Security (NACS), and Riadh Somrani, researcher and senior officer in the Tunisian Ministry of the Interior, as well as with Moez Ali and UTIL, during a roundtable entitled "Cyberterrorism: Risks and Challenges" in Tunis, shedding light on the danger of the growing phenomenon of cyberterrorism in its various perspectives, and which gathered numerous decision-makers and opinion-shapers.