Educating the environment and living together in Tunisia


In 2020, the Policy Advice and Strategy Development Program, implemented by the C·A·P with its Tunisian partners on behalf of the Bavarian Government in the framework of the Bavarian-Tunisian Action Plan, was hit by the Covid-19 pandemic: Workshops had to be organized virtually, instructions were given via Whatsapp calls, e-mails and chats helped the program and the participants to stay in contact over long distances, while the pandemic spreat over Europe and North Africa as it did over the whole world. Tunisia went into a country-wide lockdown in March 2020, when the first dozens of infections and deaths were registered. Schools were closed like all public institutions, offices and businesses, people had to stay at home, especially at night. Social distancing, masks and desinfection campaigns should help in the fight against the virus. By May, the number of infections was 1000, and, after a relaxed summer, the country was hit by the second wave that reached more than 180.000 by the end of the year, and thousands of deaths.

Like in other countries, those who were not prepared for this sort of crisis – neither physically, nor mentally – were children little of age, and their parents, in marginalized urban areas. Raising understanding of what has been happening, raising the level of preparation and prevention, as well as raising awareness of the destiny of these groups of society became a task for Haïfa Bencheikha and Dhekra ElHidri, participants of the Policy Advice and Strategy Development Program and activists in social engagement. 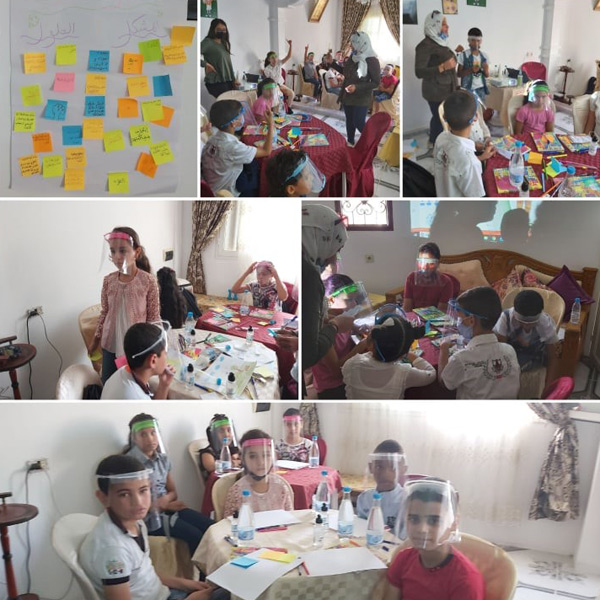 In order to realize workshops for children and their parents of the marginalized suburban area of Cité Ettadhamen in the capitol of Tunis, Haïfa Bencheikha and Dhekra ElHidri designed a project outline consisting of three fields of topics and five stages. The fields of topics identified as relevant were educating children in issues of

The process they designed to achieve rising understanding and awareness of these topics by children and their families consisted of the following six stages: 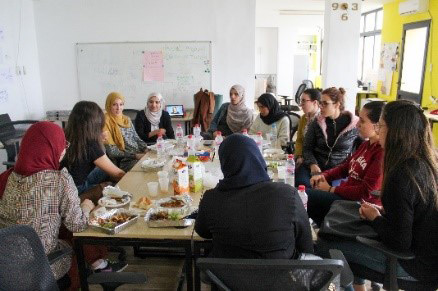 In June, the initiators gathered experts from Tunisia and Mauritania in a series of Facebook webinars to exchange views on needs and means to educate children in environmental affairs. The series was organized in collaboration with Dhekra ElHidri's NGO "Change Alliance for Development" and "ODD pour la Mauritanie/ SDG for Mauritania" als Teil des EU-Projekts "Med Dialogue for Rights and Equality". 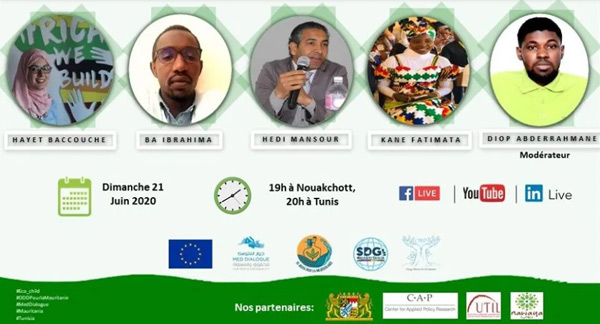 The webinars were followed by a series of children-friendly, cartoonized video clips on topics how to protect the environment. To watch the clips in French and Arabic click 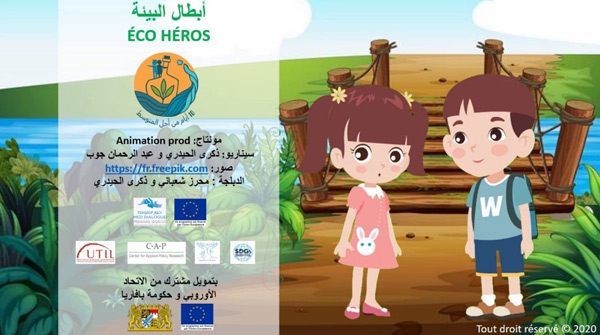 Both the webinars and clips reached hundreds of watchers and interactions and were shared frequently on Facebook. See also this Report 1.

In Hammamet in September, the initiators had a group of students being trained in practical knowledge on how to educate children in health and sanitation, environmental protection, and living peacefully together. Abderrahmen Diop served as facilitator, after having co-produced the video clips already, Sonia Fatmi and Hanaa Ouni assisted. Nihed Weslati, Sarra Charradi and Samar Ellafi were finally selected to implement the workshop in Cité Ettadhamen. 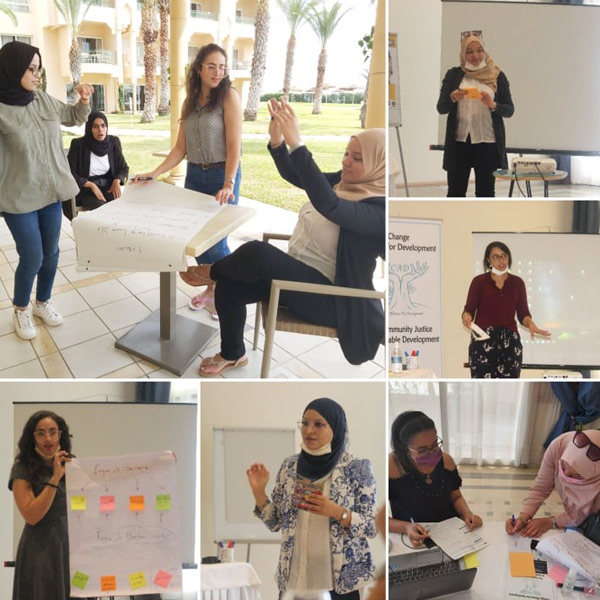 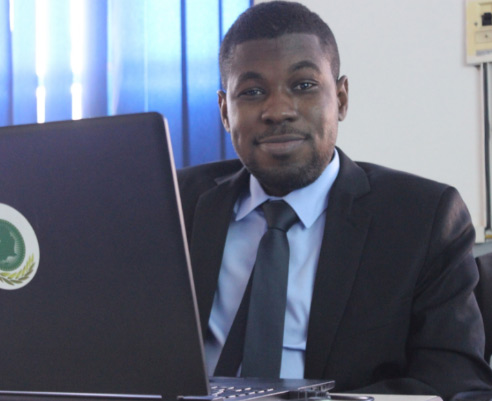 On 4 October 2020, Dhekra ElHidri and Haïfa Bencheikha welcomed 18 children and nine mothers in Cité Ettadhamen for their and the trainers workshop. Videos were watched and discussed; a school's collective charter about hygiene, environment, plastic use, green spaces, etc. was designed and illustrated with paintings; songs were sung and games on the nexus between environmental protection, healthy food and beverages were played; storytelling and identification activities were implemented and the children were rewarded for their engagements.

On all the trainings see Report 2, Report 3 and Report 4. 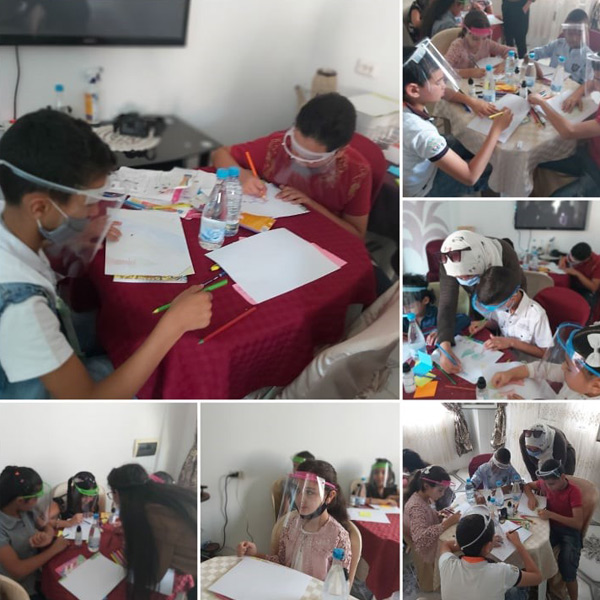 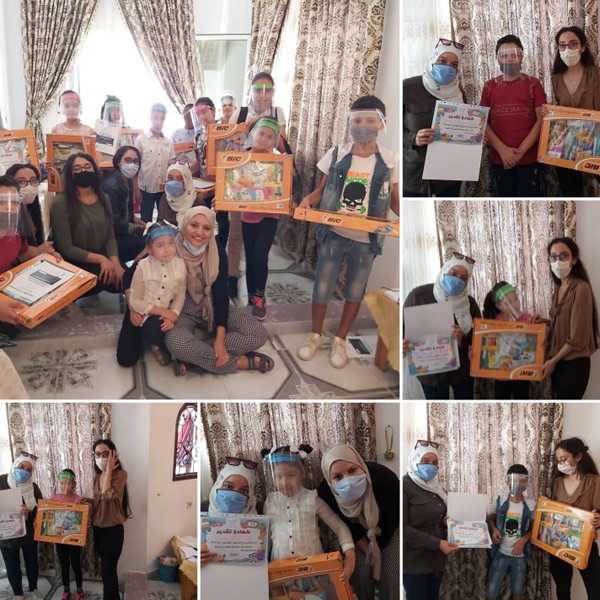 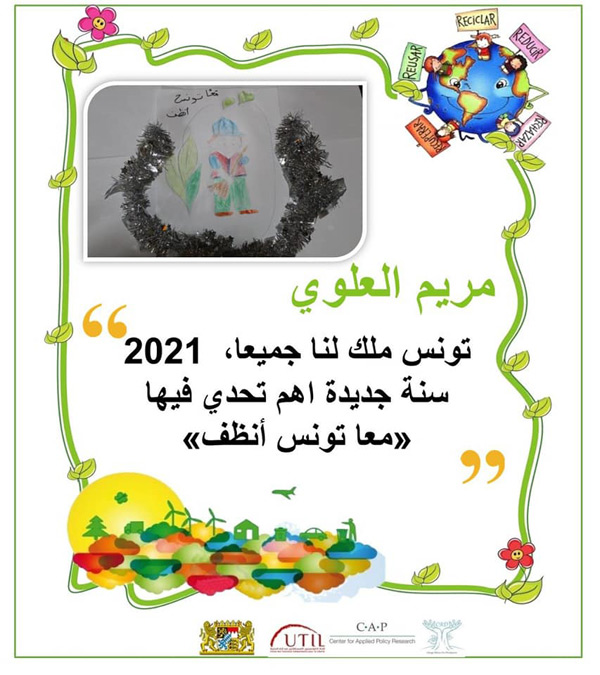 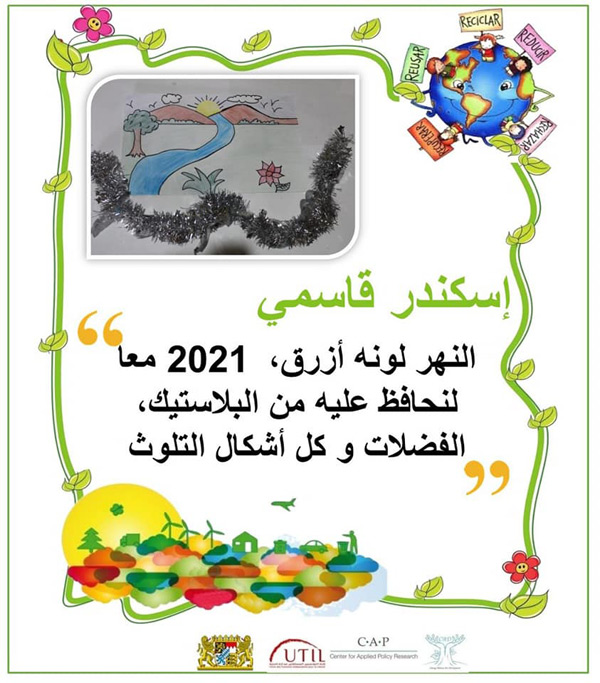 As an impact, the workshop was able to reach and sensitize children as well as their parents from this marginalized place in the capitol of Tunis, setting a seed to new themes and new knowledge the children were not able to get before, as education on environmental protection and peaceful living together are hardly included in curricula of schools in marginalized areas. They were encouraged to be more responsible and aware about using ecological products and how to eat healthy and taking care of their well-being. In addition, in Haïfa Bencheikha's training the children and parents learned about conflict resolution skills by enacting and critiquing mock conflict situations. They acquired the necessary skills in how to taught cooperation, bias awareness, communication, and problem solving to become successful community peacemakers.

In order to make the results of these activities more sustainable and wide-spreat, the initiators hired the community manager Arbia Sassia to develop new campaigns and activities. Other results of this process were Haïfa Bencheikha's policy paper "Marginalisation et violence en milieu urbain en Tunisie : réalité et perspectives", published in the C·A·Perspectives on Tunisia series, and the expert paper "L' Education Environnementale dans le Système Educatif Tunisien" by Hedi Ben Mansour, activist and instructor at the University of Monastir.