C·A·P-Associate Dr. Christoph Schnellbach was participating in the project “Understanding China” from November 23rd to December 1st 2013, organized by the Madariaga - College of Europe Foundation and the International Department of the Central Committee of the Communist Party of China (IDCPC). During the visit to China, European researchers and journalists received extensive insight into China’s economic and political realities and broadened their knowledge on the functioning of the CPC first hand. 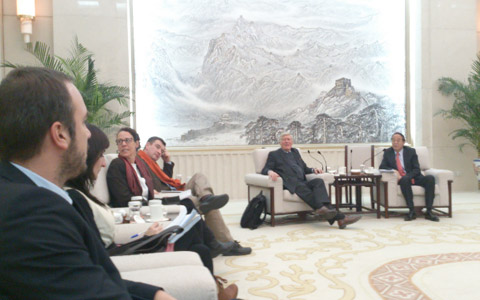 Christoph Schnellbach (left) at a meeting with Pierre Defraigne, Executive Director of the Madariaga - College of Europe Foundation and Ai Ping, Vice Minister of IDCPC

In essence, the sessions dealt with economic and political reforms and China’s development programmes. Considering the 18th CPC Central Committee’s Third Plenary, the visit was especially concerned with anti-corruption measures in China. The delegation was taking part in meetings at the CPC Central Commission for Discipline Inspection and the National People's Congress. After four days in Beijing, the group visited the southern province of Jiangsu for three days. The Provincial Commission for Discipline Inspection arranged field visits of community-level administrative and anti-corruption efforts in Jiangsu Province, including Nanjing and Suzhou municipality. 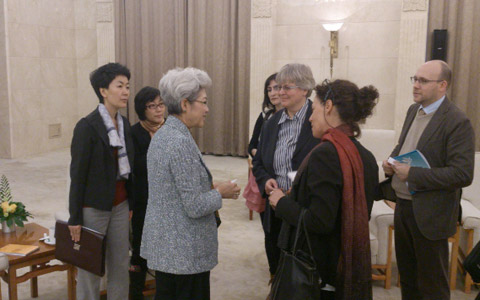 The delegation of European journalists and scholars with Fu Ying, Chairwoman of the National People's Congress Foreign Affairs Committee

The group also had the opportunity to meet renowned Chinese academics as well as representatives from the business world. The group discussed the impact of e-Government, the political system of China, current issues in foreign affairs and economic reforms such as the Shanghai Free Trade Zone with their Chinese counterparts. 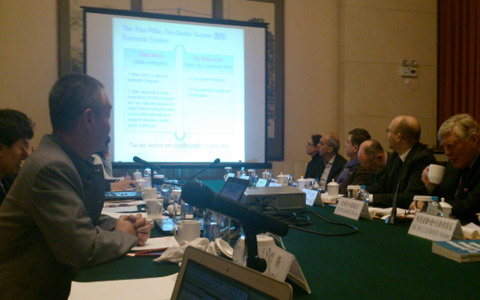