Held one week before the closing of the IGC, the symposium "Whither the EU's Shared Leadership? (Re)Assessing the Value of the European Union Council Presidency in the context of the 2007 IGC" aimed to reassess the value of the EU's rotating Council Presidency in light of the new Lisbon Treaty. Sponsored by the Helsinki Network for European Studies, the symposium took place at Oxford University's European Studies Centre and was convened by Kalypso Nicolaïdis and Simone Bunse. Participants included academics working on the EU's institutional reforms, Commission President José Manuel Barroso, as well as practitioners from the EU member states. The C·A·P was represented by Sarah Seeger. 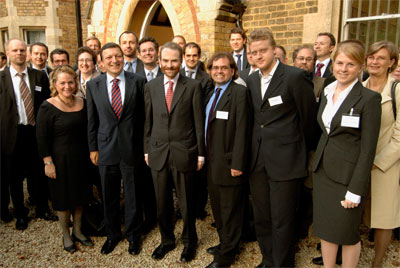 Among the participants of the Symposium were Kalypso Nicolaidis, José Manuel Barroso, Timothy Garton Ash and Hartmut Meyer (above, from left to right). 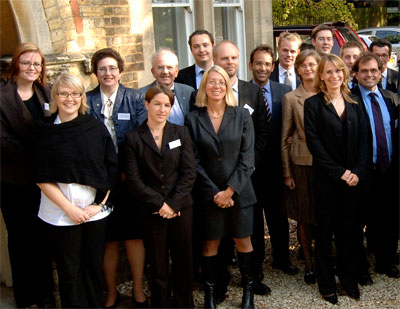 At the centre of the debates were the implications of the reform of the Council Presidency, in particular for the EUs underlying principle of shared leadership. On the one hand, it was argued that the new provisions have the potential - particularly in external affairs - to foster greater continuity, efficiency and clearer political leadership and visibility on the global stage. Outside the foreign policy realm, on the other hand, several risks were highlighted. These included the potential challenge of coordination between the different Council levels and confusion over the precise division of tasks between the President of the European Council, the Presidency of the Council of Ministers, the President of the Commission and the High Representative of the Union for Foreign Affairs and Security Policy. Other concerns raised were the weakening of the logic of reciprocity which has underlied the EUs bargaining dynamic, of the socialisation effect of rotation on national administrations and EU citizens, and of the principle of equality among Member States. 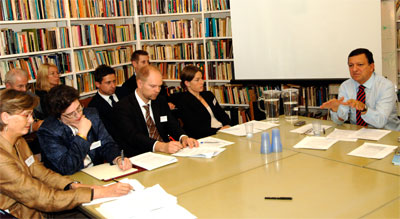 Commission President Barroso discussing the strengths and weaknesses of rotation in the Council.

The conclusions of the symposium were summarised in a paper titled "Some preliminary thoughts on minimizing risks and grasping opportunities".