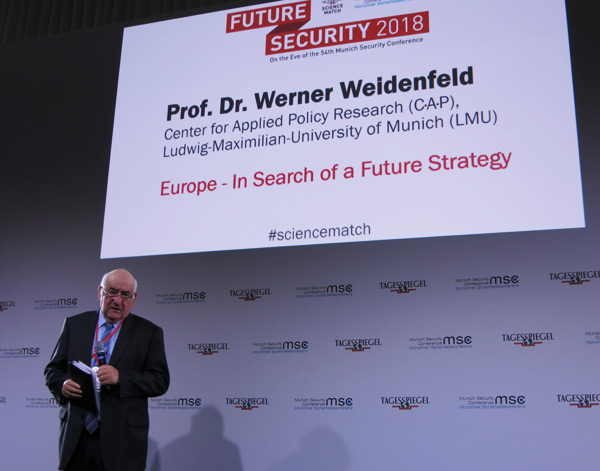 The C·A·P had been assigned as scientific partner to the Future Security Science Match, a unique event that took place on 15 February 2018 in the Bavarian capital, on the eve of the 54th Munich Security Conference.

The Science Match, a forum of more than 50 expert speakers from politics, think tank, civil society, business and academia backgrounds who gave 5-minutes-talks about their analysis and problem-solving approaches to current crisis and future challenges of security, is considered the "ideal briefing for the Munich Security Conference" by MSC head, Ambassador Wolfgang Ischinger. 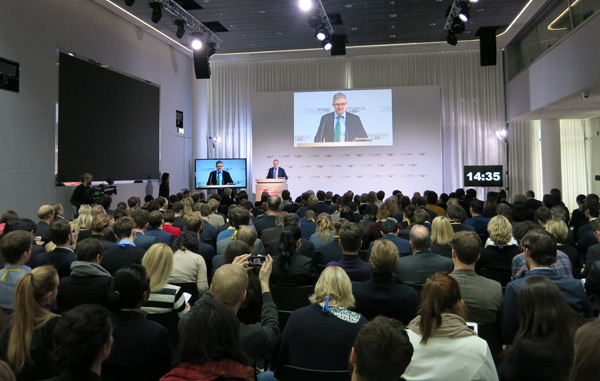 Organized by MSC and the Tagesspiegel at SIEMENS headquarters in downtown Munich, and supported by various institutions and organizations such as the Munich Technical University (TUM), the University of the Armed Forces Munich, C·A·P, the MEIA Research Group and others, the Future Science Match addressed topics and challenges of security and safety from four angles: National and International Security Policies, Human Security, Cyber Security and Resource Security.

Prof. Dr. Dr. h.c. Werner Weidenfeld gave an input on the topic of "Europe – In Search of a Future Strategy". Other speakers from C·A·P and C·A·P affiliation were Ludwig Schulz on "Strategic Choices for Dealing with Turkey", and Michael Bauer on "Dealing with Forced Migration in the Middle East: Challenges and Perspectives." 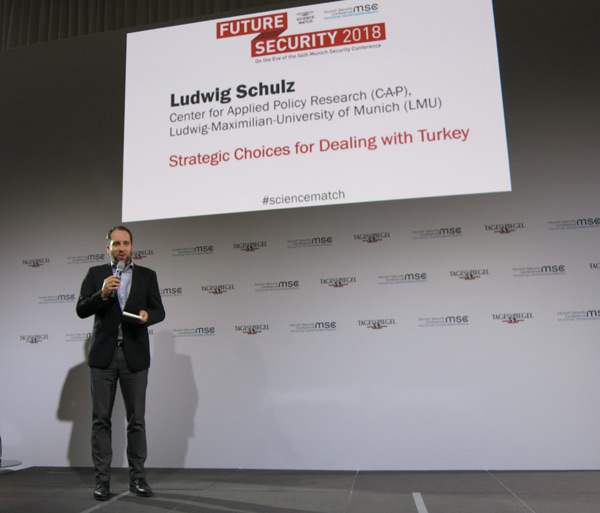 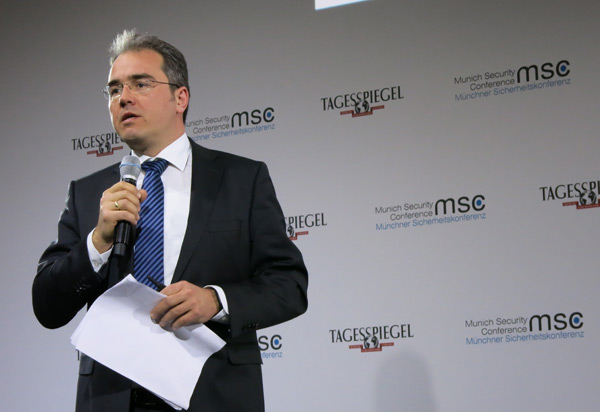