Representatives of the Thai government in Munich


The Center for Applied Policy Research was pleased to welcome officials from the King Prajadhipok Institute in Thailand as part of their state visit to Germany. The delegation, which consisted of 31 representatives of the Thai government were greeted on a snowy day in Munich by Associate Researcher Bettina Reiter and Dr. Lars Colschen from the Geschwister-Scholl-Institute for Poltical Science of the Ludwig-Maximilians-University for a presentation on the German electoral system and voting behaviour in Germany. 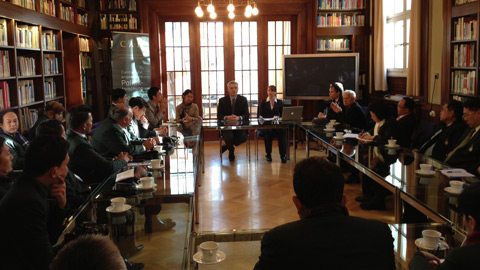 Thailand changed from a monarchy to a parliamentary democracy with the King as head of state in 1932 and has ever since been striving to improve democratic development within the country. Such state visits are part of the King Prajadhipok Institutes training programme that seeks to teach its members about the political systems of other countries in order to better its own practice of promoting democratic values in Thailand. 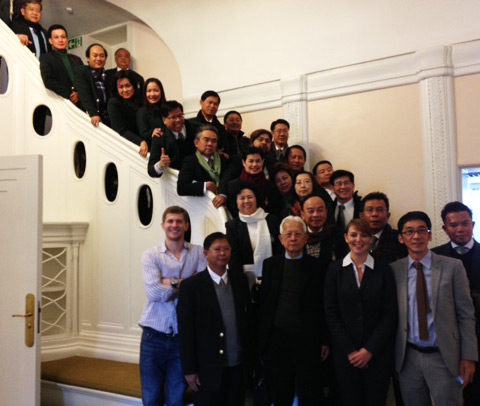 After the initial greetings the delegation was invited into the main library at the C·A·P designed by the famous German architect Franz von Stuck for the presentation and round table discussion. The presentation examined the political system of Germany, the basic principles of German law, proportional representation, the German party system and trends in electoral behaviour. C·A·P members were impressed by the enthusiasm of the officials who asked many questions and were keen to understand each aspect of the political system, especially its advantages and disadvantages and decentralised character. 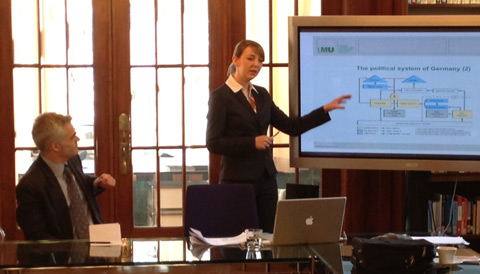