Following the kick-off event in Cairo last December, the second Young Leaders Forum was held from April 4 to 8, 2013. This time, the group of young professionals from Egypt, Germany and Tunisia met at the Academy for Civic Education in Tutzing (Akademie für Politische Bildung) by the shores of Lake Starnberg. 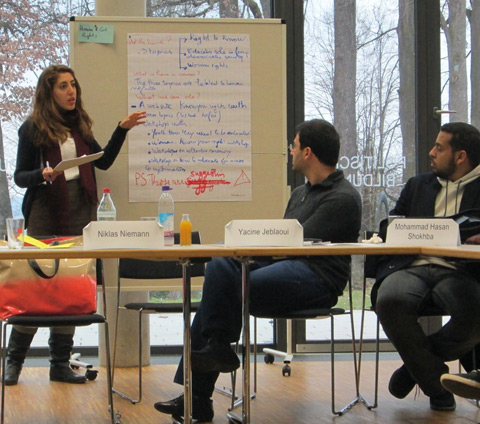 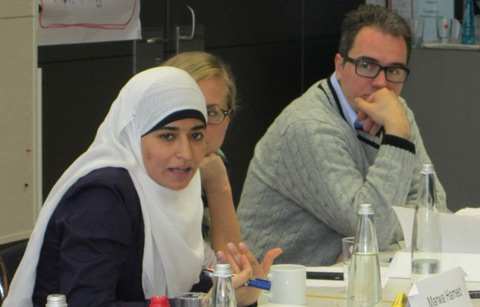 The Young Leaders Forum is a one-year training- and networking project that brings together emerging leaders, representatives of the civil society, media and science from Egypt, Germany and Tunisia. The project was initiated by the Center for Applied Policy Research (C·A·P) of the Ludwig-Maximilians-University of Munich (LMU) together with the Arab Institute For Human Rights (AIHR) in Tunisia and the John Gerhart Center of the American University in Cairo (AUC) in the context of our Akademie Neues Arabien /Leading Change Across the Mediterranean. During three workshops in Cairo, Tutzing and Tunis as well as online work in international teams throughout the year, many different issues are tackled on the search for solutions. These are being discussed and developed in detail in their respective groups, namely Religion, Society and Politics, Human Rights and Civil Rights, Good Governance and Institutions and Sustainable Economies.  At the same time, participants train their management skills, as well as political and social competences while promoting links between them. 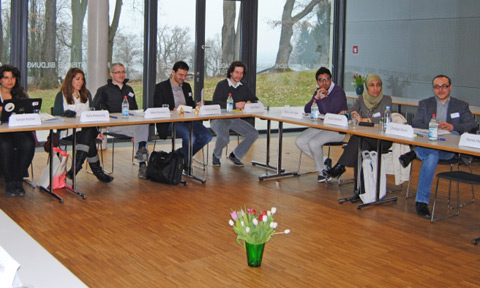 While having worked via the online project platform Basecamp throughout the last few months, the participants used the 2nd YLF Workshop as a chance to update their ideas and paths to follow with their particular project as well as share and discuss them outside their particular groups with all participants. At the same time expert presentation by Peter Kirchschläger of the PHZ Luzern as well as Lourdes Ros from Initiativ Gruppe München provided some insight on international human rights projects as well as on the functioning of NGOs in Germany. A highly informative workshop on Social Media presented by Haytham Mones and Amr Sobhy Helal from Egypt updated the whole group on the latest dos and donts of social media campaigning. Aside from that, the workshop in Tutzing near Munich was also a great way for all participants to share and catch up on the latest political, social and economic developments that occurred in their respective countries and regions.

The program is sponsored by the zivik program of the Institute for Foreign Cultural Affairs (ifa) and the German Foreign Office. The next workshop is scheduled to take place in September in Tunis. 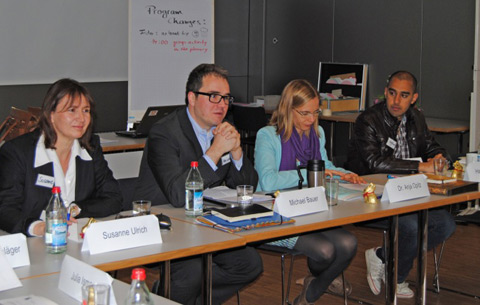