The first young leaders forum of the Leading Change Across the Mediterranean project took place in Cairo from December 7 to 10, 2012, bringing together selected participants from Europe, Tunisia and Egypt. The Forum was organized by the Center for Applied Policy Research (C·A·P) from Munich, the Arab Institute for Human Rights (AIHR) from Tunis and the John D. Gerhart Center for Philanthropy and Civic Engagement of the American University in Cairo (AUC) and funded by the zivik program of the Institute for Foreign Cultural Relations. 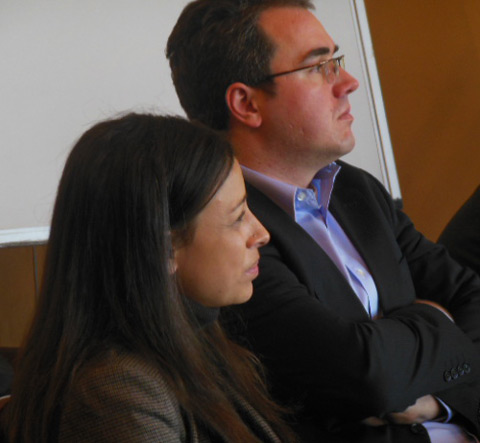 After an informal dinner on the evening of 7 December, the official program started in the morning of 8 December with a roundtable discussion on actors, institutions and strategies in times of transformation, following an introduction round. At a roundtable discussion, the political developments in Egypt, the transition in Tunisia as well as the EUs reaction to the changes in the Arab World were discussed. This was followed by an open discussion on the topic, which was joined by all participants. 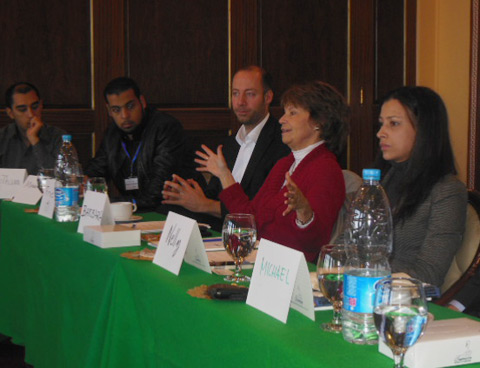 Afterwards, the process of forging a network was started. To that end, so-called families were formed that consisted of  as far as possible  gender-balanced, randomly drawn groups of six participants from all three nations. In the course of the workshop, these family groups would and will be used in the future to fulfill several tasks together. These include identifying expectations, developing an agenda, and evaluating the program  all besides the main point of forging a network and strengthening communication and bonding between participants.

Now it was upon the participants to identify the topics they want to work on during the course of the whole program. Based on their respective interests and backgrounds the participants formed four working groups that would cover the Religion, Society and Politics, Human Rights and Civil Rights, Good Governance and Institutions and Sustainable Economies. Each participant joined one of the groups. 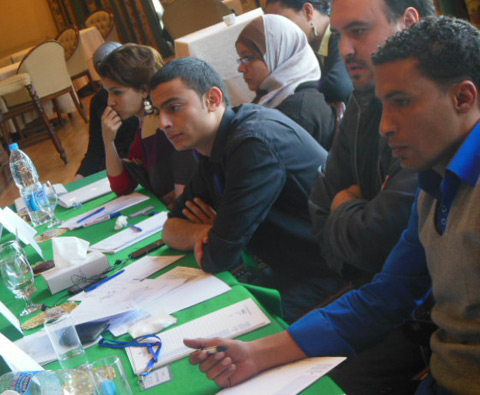 The second day started off with a panel discussion on public opinion and awareness and the communication of political ideas. On this panel, a presentation on the AIHR, its work and its ways of political activism was given. This was followed by an introduction on NGO work in Egypts rural areas. The process of trust-building between NGO and the people was identified as one of the most vital points for the success of any projects.

Afterwards, a practical example on public awareness campaigning in Germany was shown. A publicity stunt performed by one participant (amongst others) in front of the Brandenburger Tor in Berlin, raising awareness for environmental protection during the 2009 UN Climate Change Conference in Copenhagen was used as an example. The panel was rounded off with an introduction to political lobbying within the EU. 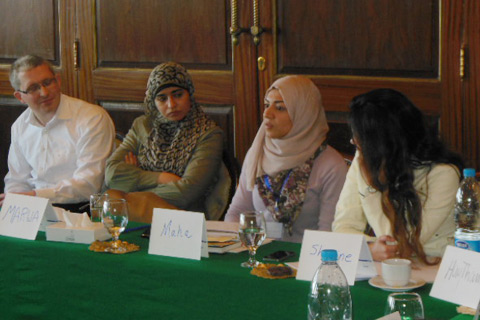 Afterwards, the four working groups as defined on the prior afternoon, met to develop their agendas. In a second meeting, they structured their working process and created a roadmap for the weeks and months ahead. Afterwards, the participants were introduced to an online platform for project management that will help them to organize their activities.

Finally this conference was closed after a wrap-up and the discussion of the next steps to come. A final dinner gave all participants the opportunity to further socialize and celebrate the success of this kick-off event of the young leaders network. 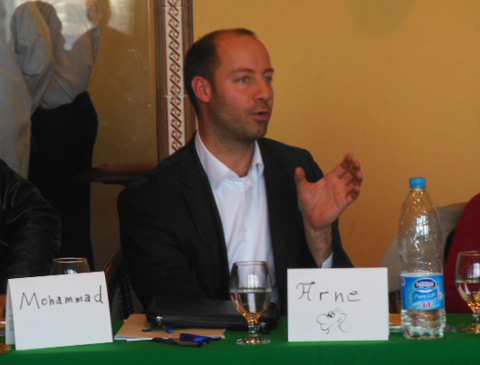 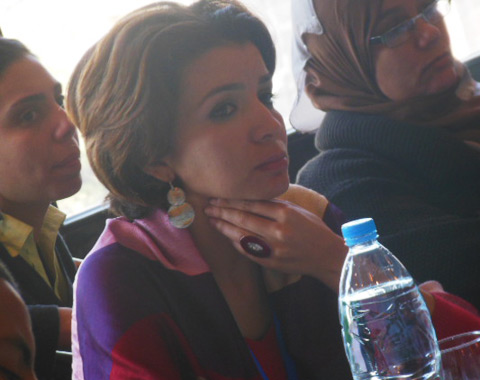 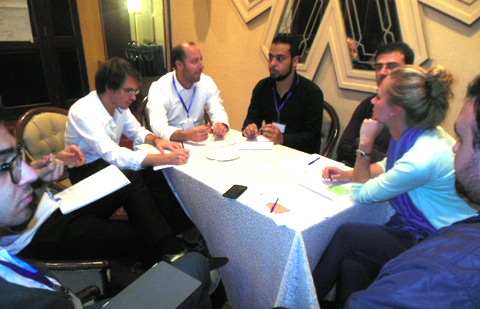 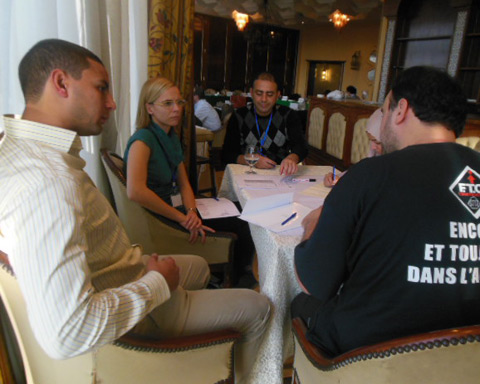 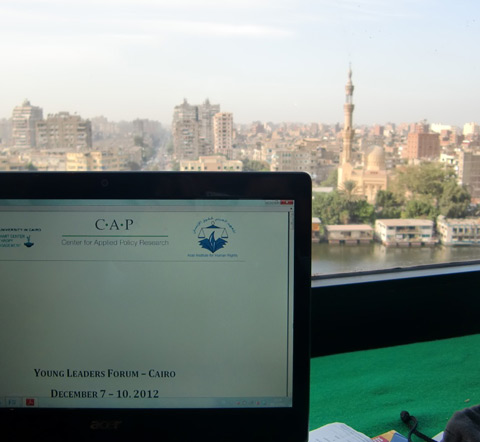 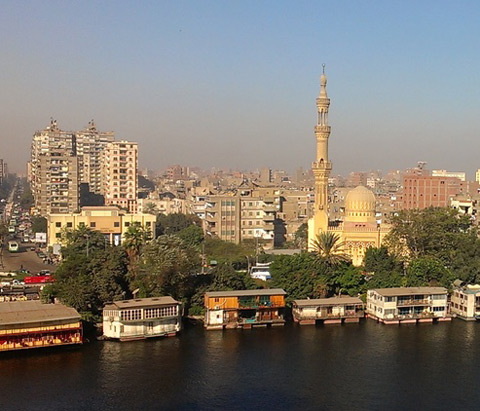