Workshop on Culture, Cultural Industry and Media in Germany and Europe 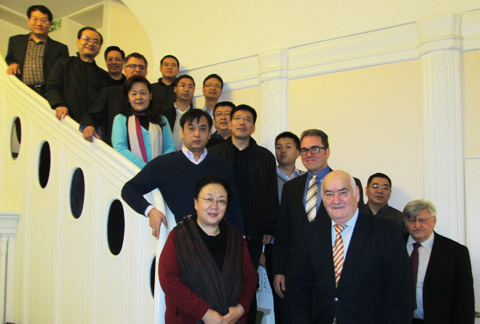 From November 19 to 22, the C·A·P welcomed a delegation of Chinese media specialists on a four-day workshop on “Culture, Cultural Industry and Media in Germany and Europe”. The group of publishers, television producers, chief editors and other high-ranking media personnel was received by Senior Researcher Michael Bauer.

On the first day, an overview on the historical background and developments within the cultural- and media industry in Germany was given. This was followed up by a closer look at the German media industry, in particular the public radio- and television services (Öffentlich-rechtlicher Rundfunk). On the third day, the group extended their view to the impact of the media- and cultural industry on Europe and especially the European economy. Further attention was paid to the global picture, concentrating on the role the cultural industry is playing in the ongoing negotiations on the Transatlantic Free Trade Area (TAFT). Finally, the last day attempted to provide a look into the future of the cultural industry, comparing the German and Chinese perspectives on media in the 21st century. 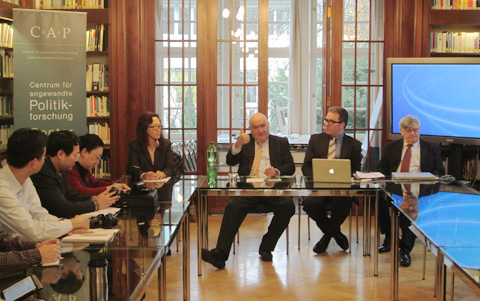