From 21 – 24 October 2013, the European meeting of the Black Sea Young Reformers took place at the Center for Applied Policy Research (C·A·P). More than 20 young professionals from academia, politics and public administration, civil society and media gathered in Munich to exchange views and discuss issues of common interests with regard to the Black Sea region, its relations with the EU and other actors, such as Russia, together with reknown speakers and as well as enjoying the autumn beauty of the Bavarian capital. 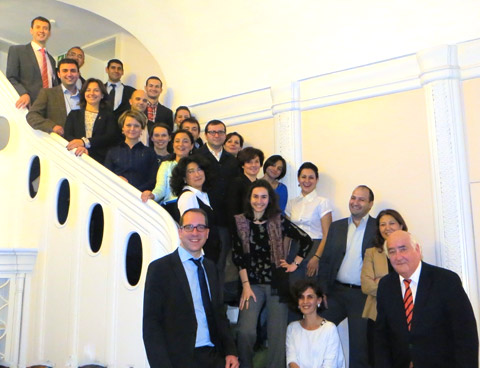 At the first meeting of the 2013 fellows at Kadir Has University Istanbul on 27-30 May 2013, they had been assigned to be part of an informal group representing the Black Sea’s aspiring political and public elites, developing creative ideas and alternative approaches to challenge the region’s problems effectively and to cooperate for a common future. To organize the meetings and to facilitate these innovative project ideas to become reality, Kadir Has University (Turkey), the Center for Applied Policy Research at Ludwig Maximilians University Munich (Germany), Robert Bosch Foundation (Germany) and the Black Sea Trust of the German Marshall Fund of the United States of America (Romania) joined their strengths and, by doing so, succeeded 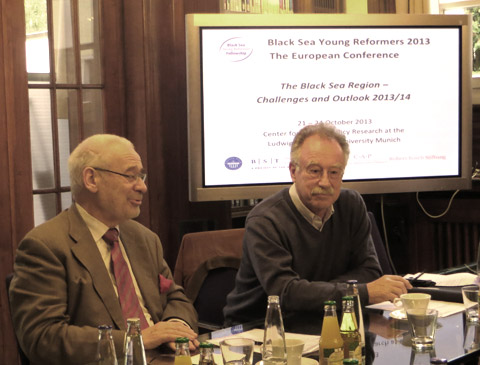 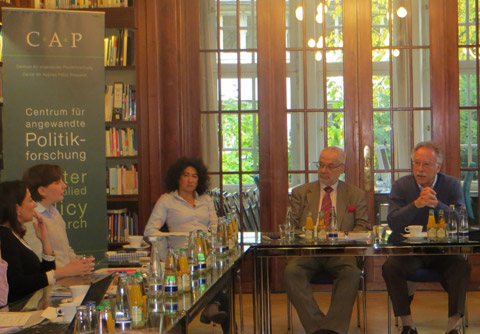 That is also why this year's Munich meeting was dedicated to "The Black Sea Region – Challenges and Outlook 2013/14", where the past, present and future of the Black Sea Region in particular, and Europe in general, were discussed:

“Europe and the Black Sea Region”: Keynote Speech by Dr. Erhard Busek, former Vice Chancellor of Austria, MP, Jean Monnet Professor at the University of Graz, Chair of the Institute for the Danube Region and Central Europe 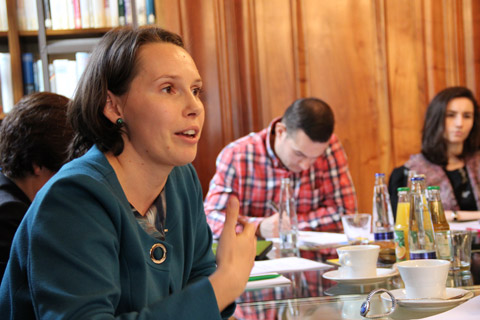 As a result of the discussions and the fellows' project sessions, it is to be concluded that the Black Sea region is strategically still one of the most important regions on the globe, where spheres of interests and influences from Europe, Asia and the Middle East overlap since centuries. This is not only relevant due to the fact that German Armed Forces organize their military pullout from Afghanistan via Central Asia, the Caucasus and Turkey, or because of the energy flows from Russia or Azerbaijan to supply European consumers via Ukrainian, Georgian, Romanian or Bulgarian pipelines and networks. More than that, the Black Sea region refers to profound questions of European identity, be it its centrality in the Ancient Greek mythology, be it ‘the Western us’ and ‘the Eastern other’ dichotomy that seems not having been overcome since the end of the Cold War, despite all efforts to interweave West and East and to integrate Europe. That is why the creation of and the support for a distinct Black Sea identity not only softens tensions between West and East, but also enables the people of that region to challenge the regions political, economic and social problems with an inherent force and courage. The "Black Sea Young Reformers" is the only informal body in the whole region who concentrates its energy on these exact tasks. 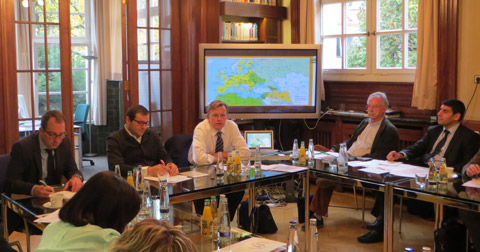