How does the political involvement of member states - as Germany for example - look like in the European context? Which are the tasks of the European main institutions like the European Commission, the European Parliament or the Council of Europe? Where does the legislation of the European Union affect the daily life of its young citizens?

The C·A·P workshop "How does the European Union function? aims to give answers to these questions by using an interactive approach. For this reason, the Research Group 'Youth and Europe' at the C·A·P has been asked to hold this workshop of European Studies for twenty undergraduate students from New Delhi who were invited by Goethe Institute Munich and the Giesecke & Devrient Foundation for a three-week intensive course of German language and culture. 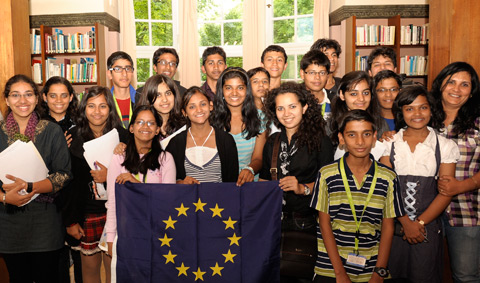 This C·A·P workshop is an interactive learning tool in order to provide the participants with a baseline understanding of the European Union and its institutions (Parliament, Commission and Council) and European politics. 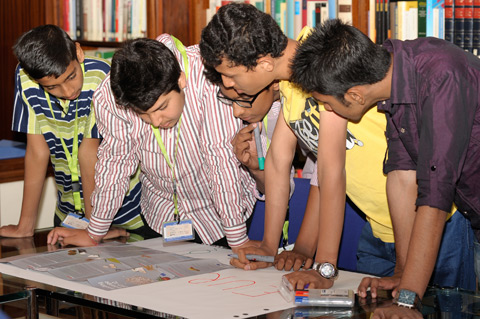 Which countries are members of the European Union? 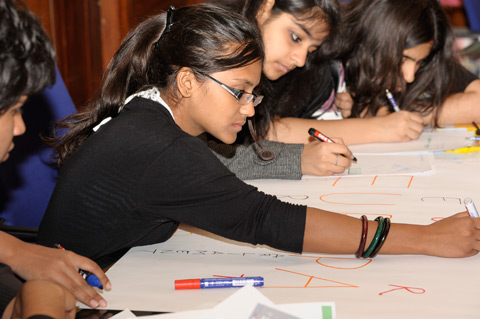 Which are the keywords of policy making in the EU?

During the intensive day the participants demonstrated successfully active and fruitful commitment to the workshop and a high and sustained level of interest in the European Union. 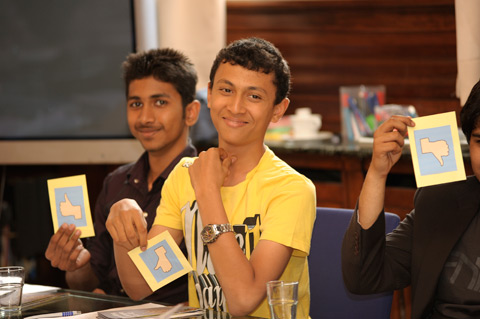 Yes or no? Difficult to decide  the competencies of the EU in different policy areas

The workshop was partly conducted in German language, including training in specific language skills in German professional terms of the European Union. 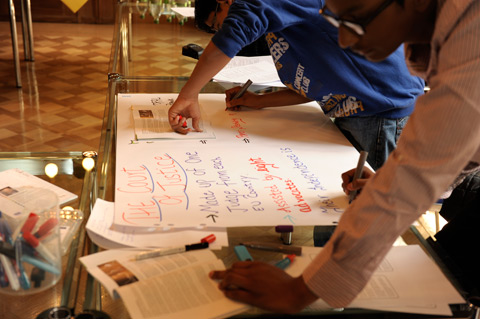 Which are the core tasks of the European Court of Justice?

The workshop was developed and conducted by Eva Feldmann-Wojtachnia and Bettina Reiter, research fellows of the Research Group Youth & Europe at the Center of Applied Policy Research, Ludwig Maximilians University of Munich.