Visit of Franz Maget to C·A·P

Tunisia remains in the focus of German and Bavarian foreign policy 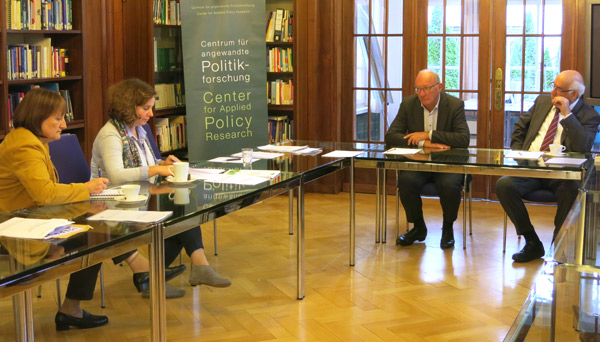 Tunisia remains in the focus of German and Bavarian foreign policy also in the next year. This is one of the informative results of a lecture given by Franz Maget, officer for social affairs at the Embassy of the Federal Republic of Germany to Tunisia and former head of the Bavarian Social Democratic Party, at the C.A.P. premises on 17 November 2016. Professor Werner Weidenfeld welcomed his guest warmly. In his lecture Mr. Maget elaborated on Tunisia’s transformation from an authoritarian regime to an acknowledged, yet still fragile democracy. Professor Weidenfeld together with experts and colleagues discussed with Mr. Maget issues and developments in Tunisia and other Northern African countries as well as the prospects of German and Bavarian engagements in this region.