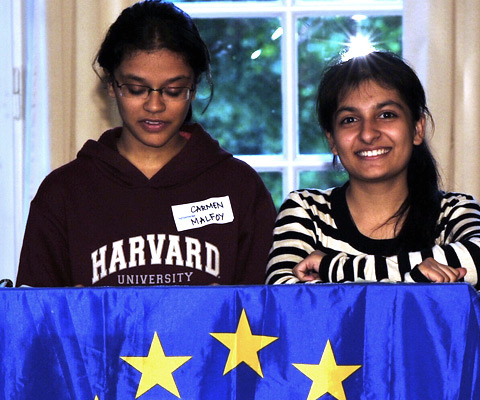 Currently, the German Year under the motto 'Infinite Opportunities  Germany and India 2011-2012' is being organised all over India and especially directed at the youth. 60 years ago India and Germany established diplomatic relations. With various events in India, Germany aims to present itself as an innovative and interesting partner for India in resolving challenges of the future. But how does the political involvement of Germany look like in the European context at the moment? Which role does Germany play as an active founding member of the European Union? 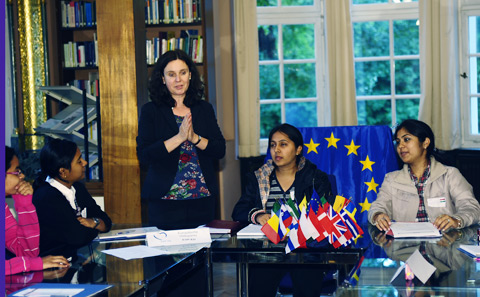 The Crash Course of Young European Studies at the Center of Applied Policy Research (C·A·P) aims to give answers to these questions by using an interactive approach. For this reason, the Research Group 'Youth an Europe' at CAP has been asked to host a workshop of European Studies for twenty undergraduate students from New Delhi who were invited by Goethe Institute Munich and the Giesecke & Devrient Foundation for a three-week intensive course of German language and culture. To get know the decision making procedure of the European Union and Germany's contribution, the workshop was focused on the simulation Europas Klima wandeln! ("Let's change Europe's Climate!"). This simulation has been developed by the Information Office of the European Parliament at Munich in cooperation with the Research Group Youth and Europe at C·A·P in 2009 as an interactive learning tool for undergraduate students. 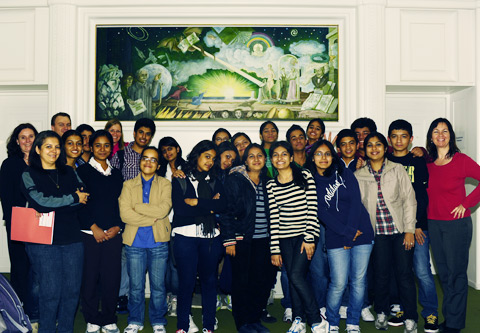 During the intensive day, the Indian students demonstrated an active and very fruitful commitment to the simulation, a high interest in the European Union and have achieved a sustained level of base knowledge in European Affairs.