A priority for the German EU presidency:
An Agenda for a new Eastern Policy 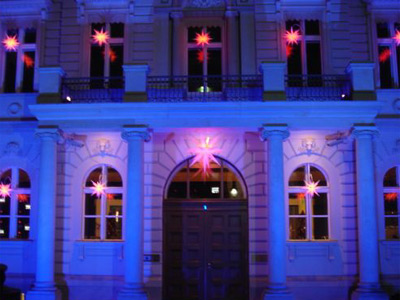 
On January 1 Finland hands over the EU presidency to Germany. As traditional forces for driving Eastern policy both EU-member states have been trying to make Eastern Europe a priority of European integration. The Bertelsmann Foundation and the Center for applied Policy Research are using this strategic opportunity of two consecutive like-minded presidencies to create a network between Finnish and German policy planers and analysts on the one hand and representatives from the regions concerned on the other. On the eve of the German presidency the working group met in Berlin from December 17-19 to discuss options of reinforcing an Eastern policy agenda.

Experts from Kiev, Tiblissi, Minsk, Baku, Warsaw and Moscow used the occasion to formulate their expectations towards the upcoming German EU Presidency. Overall the participants underlined their high expectations of Germany taking on leadership in shaping Eastern policy. All agreed that so far the European Union is lagging behind its strategic goals of strengthening security and stability beyond its current borders and promoting transition towards democracy and market economy. The European Neighbourhood Policy has led to a strategic gap between the proclaimed aims and the disappointing results of the actual EU policy towards Eastern Europe. Many participants indicated that any efforts to close this gap must first and foremost include a debate about the future of Europe and a conception of its final geographic extent. 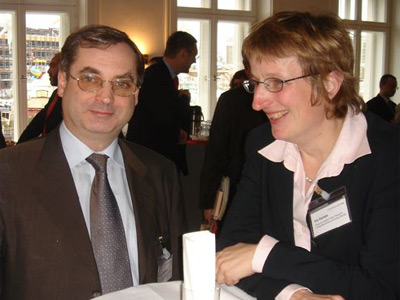 Supported by German input the European Commission during the Finnish presidency by developing further the European Neighbourhood Policy. Nevertheless the EU currently suffers symptoms of both a structural and a visionary fatigue. As long as the European Union considers itself overwhelmed by the institutional strain and sclerosis following the 2005 and 2007 accessions and the European constitutional treaty crisis, the toolbox it can offer its neighbours will be reduced to an exclusive "we are Europeans concept", guided by cooperation, and not an inclusive "We Europeans" approach, targeted at integration. Without a vision of which countries should at least potentially have a membership perspective, a coherent strategic approach is doomed to failure in the long-term because it cannot transparently formulate goals of policy. To reduce this strategic gap the German EU presidency is called upon to integrate a new "Ostpolitik" in its Berlin declaration celebrating the 50 anniversary of signing the treaty of Rome. 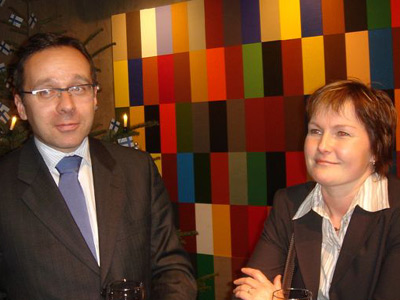 The  role of Russia: Beyond a concept of "Post-Soviet Space"

Russia traditionally has held the highest priority for the European Union, as well as for single EU member states and among them for Germany in particularly. Russias significance for the issues of energy security and solving frozen conflicts is too important to neglect in European external policy. At the same time, its current domestic political trajectory makes it difficult to consider Russia a reliable partner with regard to the EUs aims of increasing stability and encouraging democratic transition in its neighbourhood. This problem in mind, participants from Ukraine, Georgia and Slovakia demanded to rethink the "Russia first approach". Strengthening democracy in Ukraine, Moldova, Georgia and would contribute to dismantle the still dominating concept of "Post Soviet Space", which remains a synonym for a region heavily affected by Russian influence and invokes historical fears rather than a pragmatic approach to policy, for the benefit of integrating the concerned countries into Euro-Atlantic structures. There remains however the risk of abandoning the "Post Soviet Space" concept prematurely in awarding transition in Ukraine, Georgia and Moldova but neglecting the need for a regional strategy towards authoritarian Belarus.

To support transition in the neighbouring countries, a transition agency was proposed which could offer financial and administrative support to neighbouring countries and be funded by EU member states and the international financial institutions. Such an agency would allow the new member states from Central Europe to contribute with their experiences in shaping transition as well as their personal networks in a European framework instead of bilaterally. To bypass authoritarian regimes, the transition agency should put a particular emphasis on supporting civil societies and on regional cooperation. Avoiding the inaccuracy of the ENP action plans, the transition agency should react quickly and flexibly to developments in the region. 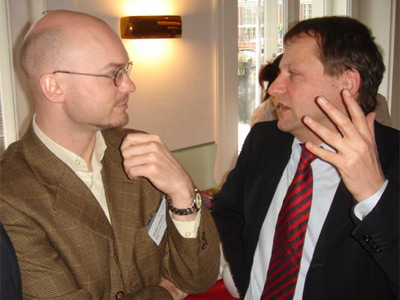 Beyond neighbourhood: Strategy towards Central Asia

Taking the discussion on neighbourhood policy a step further, the EU was found at the conference to lack a coherent approach to its policy towards Central Asia. The risk of failing democratic and economic transition, energy resources and the closeness to a high-risk zone of international security makes a Central Asia strategy a key element to be addressed by the German presidency.

A point addressed was the decision making process in a European Union of 25 and more member states. The Finnish presidency succeeded to issue a single European on the sensitive issue of Russian energy but at the same time the Polish government only recently is blocking to give the European Union a mandate allowing to negotiate the Partnership and Cooperation Agreement between Russia and the EU expiring in 2007. The same conditions, which have led the ENP to fall behind expectations by trading a focused regional approach for a compromise solution attempting to cover Eastern Europe and the Mediterranean with one strategy, remain an obstacle for formulating a new coherent Eastern policy. A new Ostpolitik will not only require the already existing support of the Central European member states, but  as is the case with all policymaking at the European level  the assent of the large old member states in Western and Southern Europe. This will require new approaches to alliance building. The traditional driving forces of Eastern policy will have to become stronger promoters of the added value of stable and prosperous ENP countries for Europe as a whole. Only a common interest can form the basis of a EU Eastern policy that does not run the risk of being circumvented by bilateral approaches of individual member states.

The conference itself posed one possible element for improving the internal European policymaking process. Linking the Finnish and German presidencies at the level of policy analysts has proven valuable in adding continuity to both the discussion and the priority on finding a new Eastern policy for the EU. It will be the German presidency's task to ensure that through preparatory and consultative steps this momentum is not lost during the following Portuguese and Slovenian presidencies. Such continuity is furthermore necessary for the EU to finally formulate a joint set of interests towards its neighbourhood and for its external policy. The participants concluded the conference on the enthusiastic note that the success of this exchange between analysts from the affected and agenda-setting countries might be continued to guarantee that EU-policy towards Eastern Europe remains high on the agenda beyond the German presidency.

Klick on the links to download the conference papers as a pdf file.