Transatlantic Relationship between the EU and the USA


On May 6th, 2017, a new research group met for the first time at the Center for Applied Policy Research in Munich. They were there to discuss their research-based project, titled: "Transatlantic Relations EU-USA - Economy, Trade, and Values". The project aims to investigate and discuss the most important issues of the transatlantic relationship in the fields of economy, trade and values. The results of the research will be published. 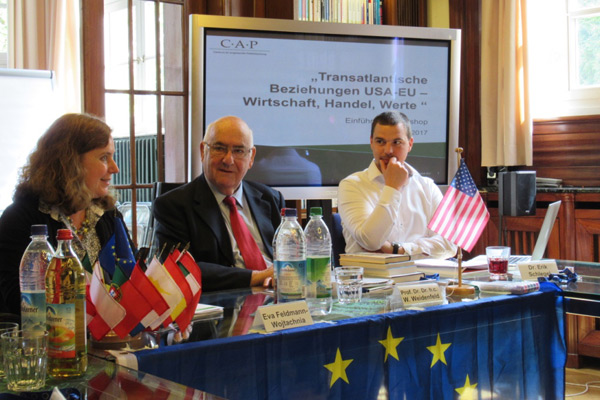 Is it true that America no longer sees the Transatlantic Relationship as viable and important? If so, what are the implications? Is TTIP dead on arrival with the election of Donald Trump as the US president? What is the background to transatlantic free trade? What are the shared values still connecting both sides of the Atlantic? 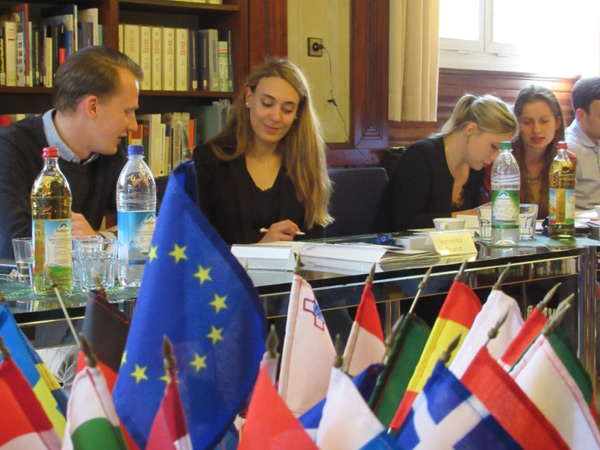 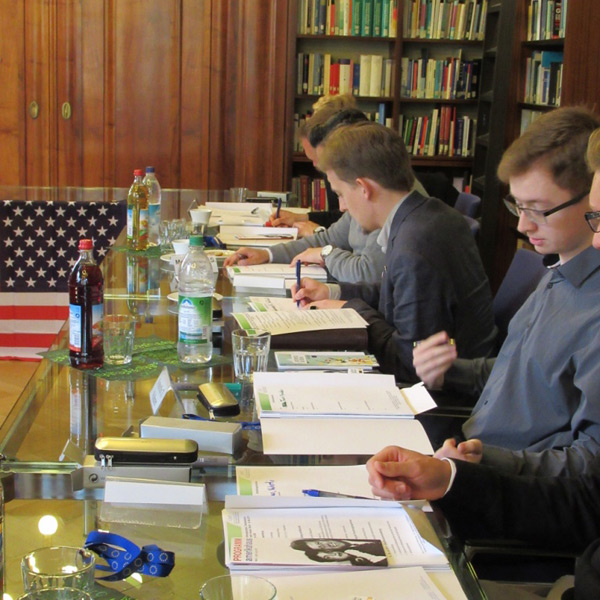 The students are presenting their expectations towards the project

The student research group is a joint project between the Center for Applied Policy Research and the European Commission in Munich. Under the direction of Eva Feldmann-Wojtachnia and the coordination of Erik Schlegel, the students will elaborate relevant questions with regard to strategic action and problem-solving approaches. The aim of the project is to objectify the often emotional debate, to critically deal with current economic questions on a research-based basis and to establish a dialogue between students and experts on the future of transatlantic economic relations.

Members of the newly founded research group at the C·A·P are students from various disciplines and universities from Munich, Regensburg, Würzburg and the USA. At their first meeting, they discussed common and different ideas about the status quo of the transatlantic relations. It became clear that the economic and political relations between the United States and the European Union are undergoing continual changes at different levels. 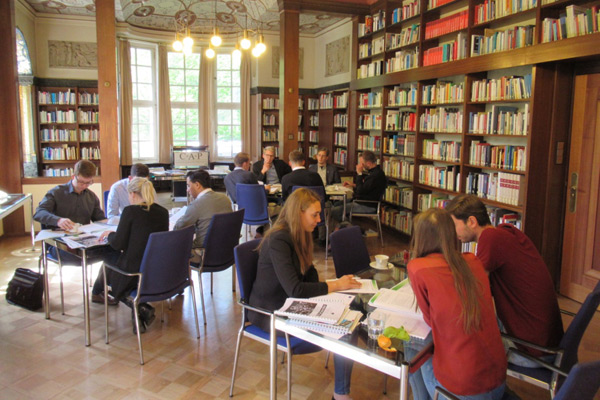 To define the most important issues of transatlantic relations with regards to economy, trade and values, the students were put in one of the three research groups:

In this working groups, core research questions were identified and discussed intensively. Throughout the course of the project, students will interview experts on the research topics chosen during the group session.

The speech of Prof. Dr. Werner Weidenfeld was concluding the first meeting of the research group. The former 'America Coordinator to the national government of Germany', he advised the past German chancellors, including Angela Merkel. He ended the day's meeting by sharing his experiences and research, and offering his opinion on the current state of Transatlantic Affairs. 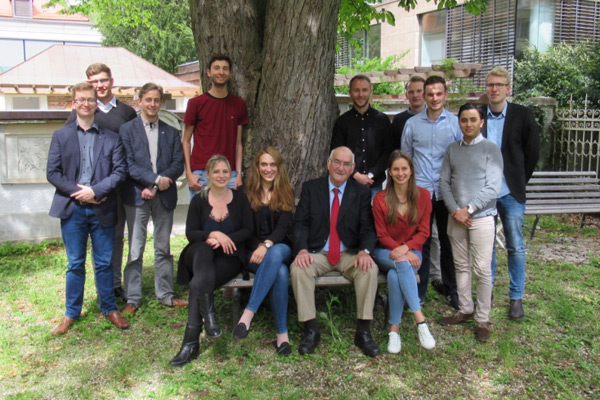 Members of the Transatlantic Research Group with the Director of the C·A·P Prof. Dr. Dr. h.c. Werner Weidenfeld