Mr Alexandrani was arrested by the Egyptian security forces 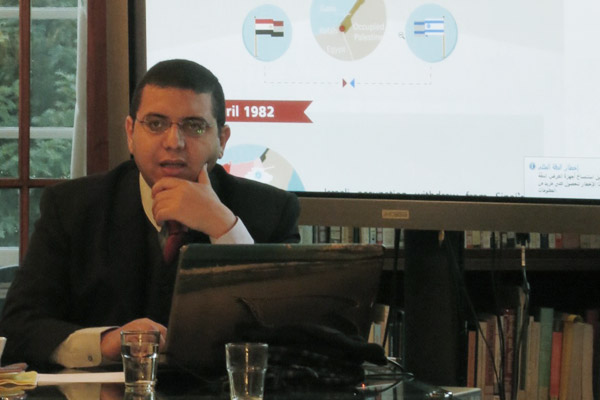 The Center for Applied Policy Research expresses its grave concern over the detention of the Egyptian sociopolitical researcher and investigative journalist Ismail Alexandrani. Mr Alexandrani was arrested by the Egyptian security forces upon his arrival at Hurghada airport on November 29 and has been held in custody since. The Egyptian authorities charged with Mr. Alexandrani with various alleged crimes related to his reporting on Egypt. Mr. Alexandrani denies all charges.

Mr Alexandrani is an expert in Egypt's extremities and has been conducting extensive research on the security situation and socioeconomic developments on the Sinai Peninsula. As internationally renowned researcher and author he has extensively published on Sinai affairs. Focus areas of his work are the activities of terrorist groups on the peninsula, the counter-terrorist efforts of the Egyptian government as well as the living conditions of the local population. He cooperated with various international research institutions, including the Center for Applied Policy Research. Mr. Alexandrani participated in C·A·P's 2014 Young Leaders Program and published a paper on ISIS in Egypt's Sinai in the C·A·P policy paper series.

The Egyptian authorities should drop the charges against Mr. Alexandrani, which appear to be entirely based on his work as a critical journalist and researcher.

The Center for Applied Policy Research joins with other international organizations in calling for Mr. Alexandrani’s immediate and unconditional release.

as well as the Committee to Protect Journalists
https://cpj.org/2015/12/cpj-calls-on-egypt-to-release-freelance-journalist.php