Which ways could attract more attention to be paid to youth participation in Europe? How could a coordinated European promotion campaign look like? Against this background, on the 19th of March 2015 twenty young Europeans from the UK, the Netherlands, Belgium, Germany, Ukraine and Turkey gathered in Bonn for an 'Idea Lab Meeting' – among them Raphael von Müller from the Research Group Youth and Europe at C·A·P. The workshop was organized by JUGEND für Europa, the National Agency responsible for the Erasmus+ YOUTH IN ACTION programme. 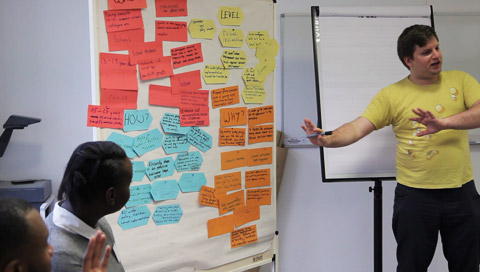 The purpose of the meeting was to elaborate the idea of an European Youth Takeover Day, which is one of the practical outcomes of the Multilateral Cooperation Project "Participation of young people in the democratic Europe" (2013/2014) and its final conference 'Hear my voice! Making Youth Participation powerful', which was held in Brussels in October 2014. The Idea Lab Meeting in Bonn was conducted by Jochen Butt-Posnik, project coordinator of the Mulilateral Cooperation Project. The Research Group Youth and Europe at C·A·P accompanied and supported the peer learning process by Eva Feldmann-Wojtachnia being the general reporter of the project. 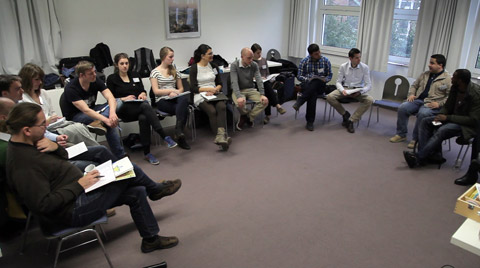 During the Idea Lab Meeting the participants were introduced generally into the concept of youth participation and got to know the already existing Takeover Day in the UK as a possible model. Successively, the participants of the workshop discussed the opportunities, as well as challenges, which the implementation of such a Youth Takeover Day at the European level might entail. Finally, the participants worked out a common proposal, which will be presented to EU officials during the European Youth Week, which takes place in Brussels from 27th of April till 10th of May 2015.

To conclude, the Idea Lab Meeting has been a great occasion for young people from European countries to discuss how youth participation across Europe can be promoted. Last but not least, the initiative of the Idea Lab has shown which powerful results can be achieved in only one day, if young people with common interests have the possibility to meet, share their experiences and bring together their ideas. 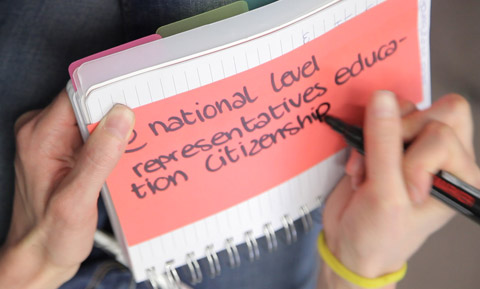