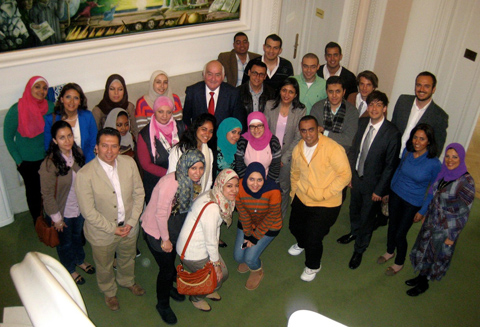 Prof. Dr. Werner Weidenfeld with participants of the seminar

In the framework of the German-Arab Transformation Partnership of the German Academic Exchange Service, the C·A·P hosted a seminar in cooperation with SeminarsSimulationsConsulting Europe, the American University Cairo and the Cairo University from April 28th to May 6th  2013 on Applied Policy Research.

This short-term measure, which is funded by the Federal Foreign Office (Auswärtiges Amt), aimed at deepening the academic contacts between German and Egyptian universities. 24 students and two professors of the two Egyptian universities came to Germany for an intensive nine-day seminar and discussed several aspects of Euro-Mediterranean relations. Furthermore, the Geschwister-Scholl-Institute for political science was introduced and possibilities for exchange and studying were exemplified. Visits to different Munich-based institutions offered the participants insight into how international organisations and companies work as well as possibilities for internships. 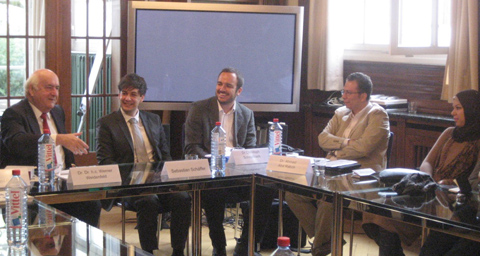 Prof. Dr. Werner Weidenfeld, Sebastian Schäffer and Dr. Christoph Schnellbach at the opening of the seminar

The seminar started with an academic panel discussion followed by an introduction to transformation research and comparative politics in the following days. Within the academic programme, students were introduced to theories of transformation research, its methodology and examples from recent political developments. Topics included how to assess the democratic legitimacy of the recent revolutions in Arab countries, as well as the developments occurring throughout the MENA-region. The seminar examined questions of which scenarios can be expected for the future and to what extent the events can be theoretically linked to the revolutions in Eastern Europe which led to the fall of the Iron Curtain. Scholars from the field of comparative politics and transformation studies, as well as regional experts from LMU, the Center for Applied Policy Research, and the Middle East and International Affairs Research Group (MEIA e.V.) held intensive seminars with students and introduced them to diverse research methods in the field.

Additional activities included an intercultural seminar and simulation with participants from the LMU. In addition, a special session introduced participants to the several stages behind developing, writing and marketing a policy paper. A visiting programme at several Munich-based international companies, as well as visits to the information office of the European Parliament, the Munich City Council and the Bavarian State Chancellery completed the schedule. The students were given the opportunity to explore different levels of policymaking in Germany and Bavaria. 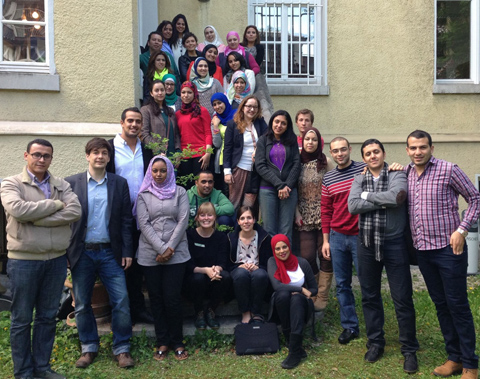