The Munich International Summer University (MISU) of the Ludwig-Maximilians-Universität (LMU) again hosted a group of students from the National University of Singapore. Between June 1 and June 20, they attended the European Studies Program conducted by the Center for Applied Policy Research (C·A·P). Its director, Prof. Dr. Dr. h.c. Werner Weidenfeld, is a member of MISU's Academic Board. In close collaboration with the International University Club Munich, Michael Bauer organized the academic part of the program. 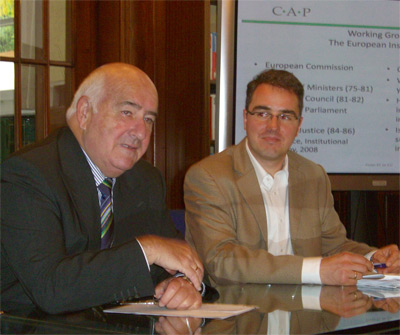 In class the students from Singapore, coming from a variety of academic backgrounds, engaged in the development of the European Union, its history, the various dimensions of European Integration, as well as Europes role in international affairs. Hereby future leaders of Singapore gained crucial insights in the ways the European Union works. Especially the plethora of socio-economic and political challenges of the 21st century, as well as international cooperation as a central means to meet these challenges, were being evaluated and discussed.

Broad and in-depth insights in German and European history and culture were made possible by means of a number of field trips as well. The three-day trip to Berlin, for example, was full of discussions with political decision-makers and thus confronted the participants of the European Studies Program with Germany's political system as well as with its central interests. Contact on the European level was established by a round table discussion at the European Commissions representation in Munich. 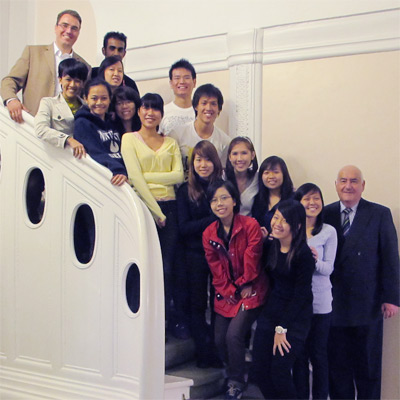 Additionally, the Singaporean students got in contact with leading German companies. For example, Manuel Sattig of BMW gave a presentation on "project i", BMW's research project on the future of mobility in Megacities. "Project i" 's particular focus is on the development of electric cars, such as the "Mini E".

Furthermore, cultural exchange and the consolidation of the students' personal networks were fostered through meetings with students from LMU. Besides providing extensive information about study and research in Germany, MISU cooperated with the Geschwister-Scholl-Institute of Political Science's Student Group on Asia. Part of the cooperation was a reception of the NUS students on the first evening in order to intensify contact between German and Singaporean students. Moreover, for fall 2010 the European Studies Center of NUS invited LMU to send one student researcher to Singapore for a four-week internship. The intern will receive additional financial support from IUCM.

The MISU European Studies Programs with NUS and with other universities receive very positive feedback from the participating students as well as from LMU's partner universities, and they are important instruments for consolidating and expanding LMU's partnerships with other elite universities like NUS. The number of students participating in the several European Studies Programs of MISU is only topped by the German as a Foreign Language Summer Seminars.

Moreover, the C·A·P views providing future leaders with expertise on European issues as one of its central aims. Thus, this coming August the Center will welcome a group of Chinese students within the framework of MISU.