EU-Simulation at the Parliament of the Autonomous Province of Vojvodina, Novi Sad, Serbia

EU-Accession as well as Stabilization and Association negotiations were on the agenda for 130 high school students from across Serbia as well as students from Croatia, Hungary, Romania and Germany. The eager students assumed, for two days, the roles of European decision makers, screened and negotiated EU membership for Croatia and Turkey, as well as an EU perspective for Serbia. 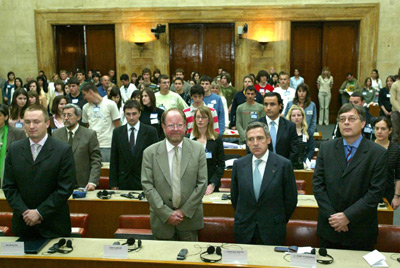 The simulation, developed by the Research Group Youth and Europe at the C·A·P, was adopted to the current political and social situation in Serbia with the aim to include eager high school students into a debate on issues that exceed national perspectives and thus enable them to better understand the complex political, cultural and social environment of today's Europe.

The students took over the roles of EU member states, political groups within the EU-Parliament or decision makers in the European Commission as well as those of candidate and possible candidate states, and received an opportunity to evaluate and compare their own country from the perspective of an outsider, and participate in a fact-based political debate with students from other European countries. During the simulation Serbia's negotiations on the Stabilization and Association agreement resumed and in the end, after long and thorough negotiations an SAA was signed, opening the way for a Serbian membership-bid. Alongside this Croatia and Turkey were screened and, in an Intergovernmental conference, accession treaties were negotiated and formulated. In the end, Croatia's EU-membership was decided in Parliament and the Council while Turkey managed to take the hurdle in Parliament but could not convince all member states  thus would have had to renegotiate some chapters if time would have allowed. 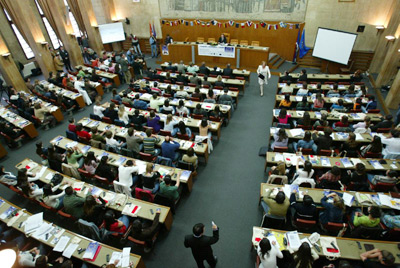 Fifteen national trainers, under the guidance of Tamir Sinai, C·A·P, and teamers from the State Center for Civic Education Baden-Wuertemberg shall guided the students through their role in EU-institutions. Following the simulation in Novi Sad, some of the participating students shall receive an inside view of EU institutions during a visit to Brussels. The trip to Brussels, organized by the Mission of the European Commission to Serbia, was announced during the closing ceremony at which students presented their visions for Serbia's future to local politicians and representatives of the international community. 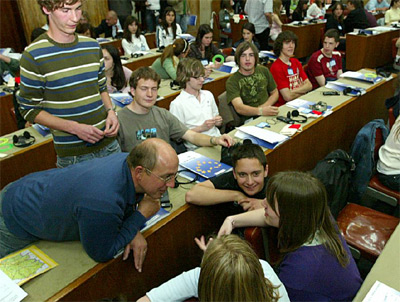 The event was a cooperation between: