Regional integration in Europe and Asia

Lessons from the EU and ASEAN

On March 15th, the European Union (EU) and the Association of Southeast Asian Nations (ASEAN) have celebrated in Nuremberg 30 years of formal EU-ASEAN relations, 40 years of ASEAN and 50 years since the signing of the Rome Treaties. In the Nuremberg Declaration on an EU-ASEAN enhanced partnership, which was adopted in the framework of the 16th EU-ASEAN foreign ministers meeting, both sides expressed their intention to strengthen the relationship in several ways, be it as concerns the political dialogue, cooperation to enhance global and regional security, economic cooperation, development cooperation or cooperation in the field of energy security and climate change. Looking at this document, it seems as if EU-ASEAN relations are guided by a set of overlapping interests and by the conviction that certain regional and global challenges can only be successfully handled through inter-regional cooperation. 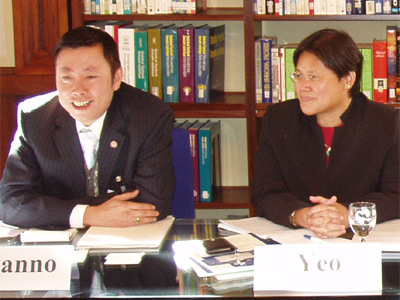 Prior to the EU-ASEAN foreign ministers meeting, the Konrad Adenauer Foundation and the Center for Applied Policy Research (C·A·P) jointly organized a roundtable discussion in Munich, assembling experts form South East Asia and Europe. At this occasion it became obvious that even though common declarations and documents put EU-ASEAN relations in a favourable light, there is no time for too much euphoria. In fact, relations between the two regional organizations are not as far developed as one could expect given their long history. Even though inter-regionalism had become a buzzword in the external relations of the European Union, the European Asia policy is still mainly focusing on China and  more recently  India. 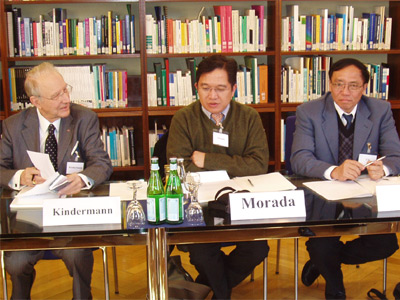 It is, however, not only due to the European side that EU-ASEAN relations need to be further improved. On behalf of ASEAN a lot remains to be done, too. The lacking consolidation of ASEAN is a major aspect in this regard. ASEAN developed in response to external pressure and has only recently taken on the challenge of organizing its intra-regional relations. Moreover, ASEAN as a political entity is not internalised by the member states peoples until now. Even the prominently discussed draft of an ASEAN-Charter is unlikely to change that. The fact that some of its member states still need to consolidate their statehood represents another obstacle for the organisation. 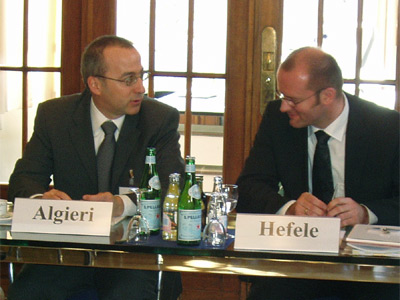 Hence, for ASEAN to play a significant role in international relations would presuppose a consolidation of its member states. Moreover, regional integration would have to be felt among the people as an undertaking generating benefits for all. To attain these two goals ASEAN should focus its efforts on human development and poverty reduction. These issues should also be placed on top of the agenda for inter-regional cooperation between the European Union and ASEAN. Lessons from the European integration process can be helpful for Asian states to develop an adequate regional integration model. Vice versa a viable and stable partner in South East Asia would provide the European Union with political as well as economic alternatives in Asia. Therefore, it is about time for the European Union and its member states to rediscover their interest in ASEAN.