From April 11th to 18th 2016, Michael Bauer and Ludwig Schulz were invited by Hasan-Kalyoncu-University in Gaziantep to a conference and fact-finding mission in the Turkish provinces of Gaziantep and Kilis. Foci of the trip were the professional exchange with researchers and practitioners on various topics as well as first-hand information on aspects and problems related to the Syria conflict and the local situation of the refugee crisis. 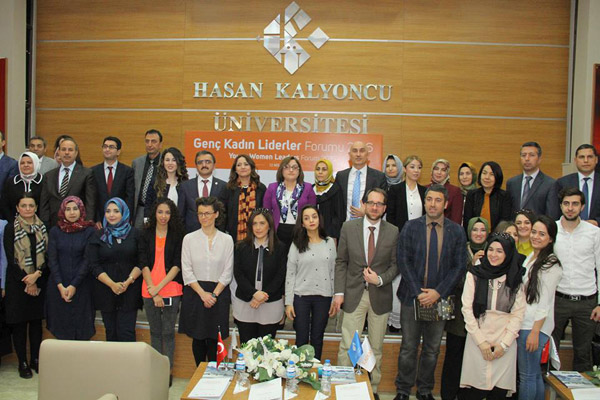 The conference at Hasan-Kalyoncu-University of Gaziantep had been organized by Professor Sezer Özcan in cooperation with the Women and Democracy Organization Kadem, the Chamber of Commerce Gaziantep and the Silkroad Development Agency. 34 scientists and practitioners from Egypt, Germany, France, Qatar, Lebanon, Morocco, Tunisia, and Turkey attended. The conference was opened by Fatma Şahin, mayor of Gaziantep city, by Professor Tamer Yılmaz, principal of the university, and Dr. Sare Aydin Yılmaz, who chairs Kadem. Five workshops on women and democracy, refugees, radicalization, entrepreneurship, and energy gave all participants enough room to exchange their research results and experiences. Michael Bauer moderated the workshop about radicalization, while Ludwig Schulz chaired the energy-workshop.

Michael Bauer and Ludwig Schulz visited the refugee camps at Nizip and Öncüpınar, the offices of the German Development Cooperation Agency (Gesellschaft für Internationale Zusammenarbeit, GIZ) and the EU representation in Gaziantep. Moreover, they met with H.E. Ambassador Adnan Keçeci, the representative of the Turkish Foreign Ministry in Gaziantep, and with the governor of the province of Kilis, Süleyman Tapsız to discuss about the situation in South East Anatolia and elaborate on possible ways to cooperate. According to official numbers, Turkey has received nearly three million refugees from Syria and Iraq. About one tenth of them live in 26 camps along the Turkish-Syrian border, which are set up and organized by the State Agency for Disaster Relief (AFAD). In Kilis-city two camps are situated: the first next to the border to Öncüpınar has space for up to 20,000 refugees, the other is 30 km away and can take nearly 25,000 people. 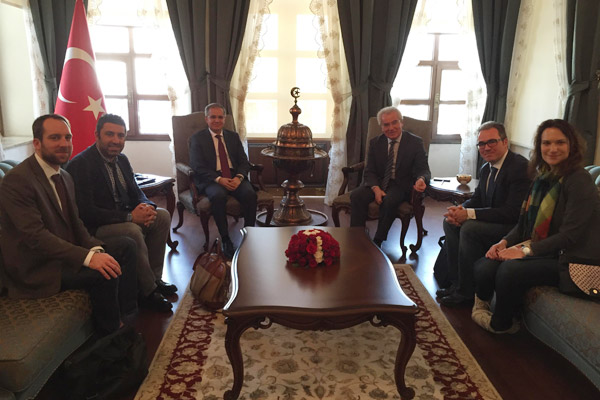 The discussions and visits strengthened the impression that Turkey’s efforts and performance in managing the refugee crisis are remarkable. However, it became also clear that the country is reaching the limits of its capacity now. The region will continue to be affected by the conflict in Syria and Iraq. Gaziantep and Kilis are some 120 and 70 km away from the Syrian metropolis Aleppo, which had about two and a half million inhabitants before the war. Since 2014, the number of refugees from these regions and other provinces of Syria has risen by 75,000 in Kilis and by 180,000 in Gaziantep to officially 120,000 or 250,000 today. In relation to the respective city population, Syrian refugees make up 17% in Gaziantep and 130% in Kilis, exceeding the number of refugees the one of inhabitants by 30,000. Across the border, on the Syrian side, estimated 60,000 people are, though supported by Turkish humanitarian aid, threatened by the close front lines between the militias of the so-called Islamic State, the Free Syrian Army and the Kurdish militia of YPG. War damaged increasingly afflicts the Turkish side: Deadly grenade and rocket fire has already hit the centre of Kilis.

Governor Tapsız and ambassador Keçeci described the support and the integration of refugees main issues of concern, especially with regard to homebuilding, medical care, adequate education and training for children and adolescents, including the construction of schools and teaching opportunities as well as measures to support the economic and social life of refugees. Many families have been living in tents and containers for years, their possibilities for working inside and outside the camp and to engage socially are limited. Only a few children receive education due to insufficient capacity. Turkey, therefore, is increasingly dependent on international support. Visits by politicians, celebrities and organizations from abroad express recognition for the high quality of assistance and solidarity, but often do not provide substantive remedy. The recent increase in engagement of the European Union and the visit of German Chancellor Angela Merkel, the President of the European Council Donald Tusk and the first Vice-President of the European Commission Frans Timmermans on April 23rd were welcomed. This and the Turkish government's proposal to nominate Kilis-city for the Nobel-Peace-Prize 2016 for its solidarity towards so many refugees are considered appropriate to receive more attention and recognition for the achievements and practical support to local and regional problems. 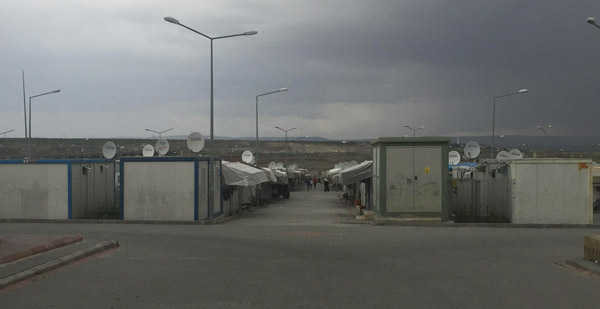 It remains to be seen, to what extent the implementation of the agreement between the European Union and Turkey from March 18th 2016 can be successful and might generate results in the region. In essence, the agreement, which entered into force at the beginning of April, was supposed to be fully effective in June 1st 2016. It is considered a double measure to regulate migration in the EU and to combat human trafficking in the Aegean: Firstly, migrants who irregularly entered the EU in Greece and apply for asylum or whose application was rejected in prior proceedings, will be returned to Turkey. Secondly, in an "one-to-one method" EU members are to accept a Syrian refugee from one of the Turkish camps for each redeemed migrant.

In an interim report, the European Commission stated on April 20th 2016 that the amount of irregular migrants arriving on Greek islands was significantly decreased by several thousand to a few hundred on a daily base due to the agreement with Turkey. Furthermore, 1292 migrants on the basis of a Greek-Turkish readmission agreement and so far 325 people (including 240 Pakistanis), who were not granted asylum in the EU, were returned back to Turkey by Frontex. Conversely, Germany, Finland, the Netherlands and Sweden to date took 103 Syrians from Turkish refugee camps. In its report, the Commission urges member states to implement the agreement with Turkey and to provide capacity for the distribution and recording of up to 70,800 Syrians. The Commission also informed in detail about the provision and use of EUR 3 billion, which are meant to support Turkish projects to manage the refugee crisis. Turkey in return requires the full implementation of the agreement, which also foresees a visa-free regime for Turkish citizens for travels to the Schengen area. According to Turkish authorities, new reception capacities for returned migrants are to be built, which already provoked sporadic protests in the country. 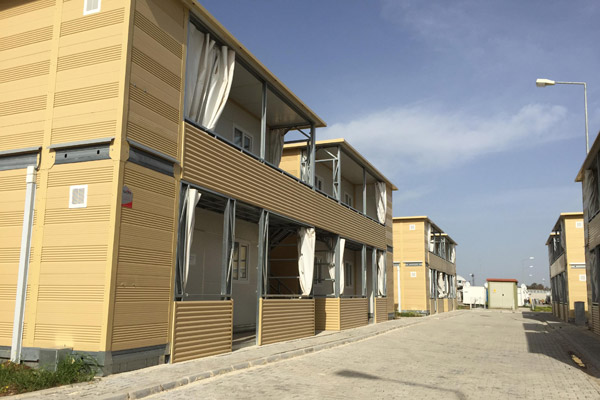 Overall, all interlocutors painted a realistic picture of the situation, especially with regard to the challenge of long-term supply and integration of refugees. Although the camps in Kilis and Nizip are managed well and effectively by AFAD even after several years, the costs are enormous. The camps monthly devour two million dollars exclusively of refugee assistance: each refugee receives about 30 dollars per person per month. In addition to that, costs for staff and equipment for security and infrastructure must be covered. However, the camps remain places of stability and security for the refugees - especially for women and children -, even when life proves to be extremely monotonous. Markets and shops in the city, where refugees can work and products be sold, might offer conceivable steps to promote refugees’ integration; on the other hand, there is a lack of language skills on both sides. In addition, refugees should not be considers competitors by the locals, as already happened in labour and housing markets. However, there is awareness among local authorities that many Syrians will not return, but stay in Turkey and in the medium to long term must be integrated. Refugees based in camps can be controlled more effectively, but this is more difficult for the majority of refugees than living in Turkey’s urban areas - especially in Istanbul, Ankara and other cities - without social provision. In addition to intensive language support, this requires various measures at all levels on part of Turkey to tackle the situation in the coming years. And it offers opportunities for broad support by Germany and Europe with the aim of letting Syrians live closer to their homeland.