Regional stability in the Gulf and the Middle East 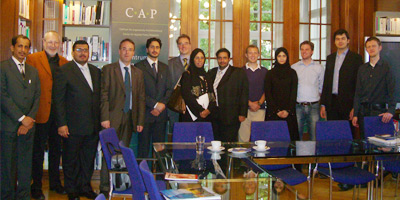 On June 14 the Center for Applied Policy Research (C·A·P) welcomed a delegation from the Abu Dhabi-based Emirates Center for Strategic Studies and Research (ECSSR) at the Villa Faber. The ECSSR is one of the most influential think tanks in the Arab world and covers a vast array of topics and activities. Organized by the Konrad Adenauer Foundation, the delegation is currently touring Germany in order to engage in discussions and exchange with political decision-makers and research institutions. 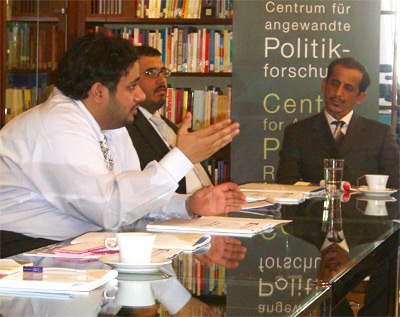 The meeting brought together senior experts of the ECSSR's scientific research division, the Konrad Adenauer Foundation and the C·A·P, researchers and lecturers of the Ludwig-Maximilians University, as well as distinguished students focusing on the Middle East. 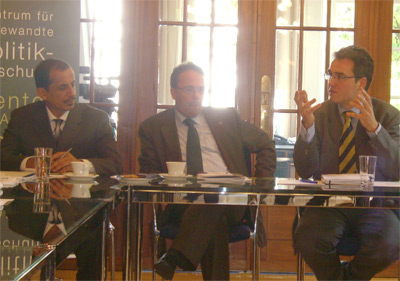 Regarding the work-practice and objectives, considerable overlap between the ECSSR and the C·A·P could be identified: Both institutions provide decision-makers with scientifically bolstered political advice. Moreover, both being think tanks the ECSSR as well as the C·A·P pursue extensive research agendas on which they publish extensively, and engage in networking with other research institutions and think tanks. In addition to that both are also active in training post- and undergraduate students, as well as in political education.

The unfolding lively discussion focused on a range of relevant topics regarding regional stability in the Gulf, the Middle East, and the role that outside actors could play to contribute to regional stability and security. In this context, the fundamental complexity of the conglomerate of regional conflicts and the need for sustained political and diplomatic mediation efforts became apparent once again. 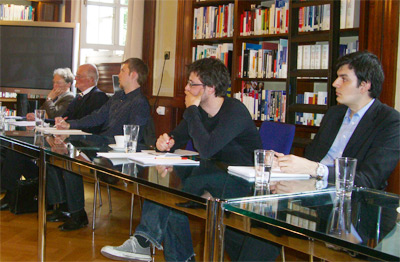 The role that the EU can play in this respect was discussed with some ambiguity. Whereas a stronger European engagement is clearly desired in the region, Europe's ability to achieve an impact is limited: Its role in regional hot issues, such as the dispute about the Iranian nuclear and missile programs or the Israeli-Palestinian conflict, is constrained both by internal divisions and by the extreme importance of US positions and practices. While the EU as an institution is regionally perceived as an actor who is 'present' in many ways, it is not seen as being capable of contributing substantially to the solution of crucial regional problems. In this sense Europe has yet to develop its full foreign policy potential. 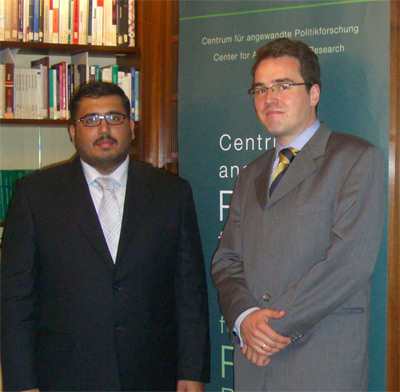 On the other hand, the discussion highlighted the importance of regional diplomatic initiatives, for instance the Arab Peace Initiative, the Egyptian proposal of a Middle East Weapons of Mass Destruction Free Zone, Turkish attempts of becoming a politically forceful broker with regard to the Middle East Peace Process, Saudi Arabia's Mecca agreement between Hamas and Fatah, Qatar's role in negotiations between Syria and Lebanon, etc. However, these processes, too, were discussed as being both promising and at the same time struggling with several shortcomings. For example, a denser network of information exchange to allow for more coordination between national initiatives will be absolutely crucial. Moreover, there was agreement across the board that only a coordination of regional and international efforts would be able to achieve substantial progress with regards to the region's key conflicts, i.e. the Arab-Israeli conflict as well as the conflict about Iran's nuclear and missile programs.

In sum, the discussion provided both sides with enriching insights in the European and Gulf Arab perspectives, respectively.