The objectives of the al-Jisr project include the enhancement of public and professional understanding of the EU, its policies and institutions in the countries of the Gulf Cooperation Council (GCC), a strengthening of the debates about EU-Gulf relations and a contribution to foster closer links between the two regions.

Against this background a multitude of different activities has been pursued in the first year of the project. Among other things, various workshops were organised, e.g. on EU-GCC cooperation in higher education and research, on the challenges and prospects for EU-GCC relations under the Swedish EU presidency and on EU and the GCC cooperation on energy and environmental issues. In addition to that, al-Jisr conducted training workshops for Arab diplomats and started with the translation of books about Europe and the European Union into Arabic. A research component of al-Jisr investigates prospects and challenges for economic growth and diversification in the GCC countries. Project publications on topics such as higher education or energy are available on the al-Jisr website. 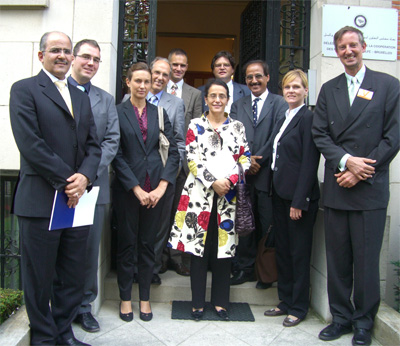