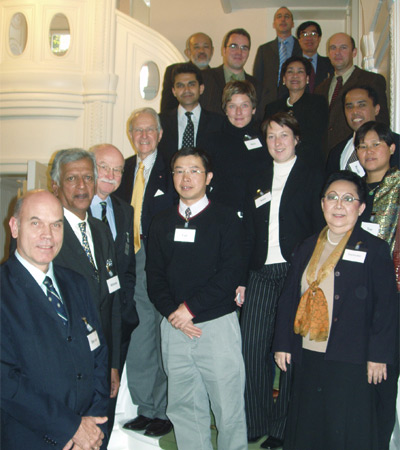 Within the framework of the 8th Europe-East Asia Think Tank Dialogue the Konrad Adenauer Foundation and the Center for Applied Policy Research jointly organized a roundtable at the C·A·P. The meeting assembled policy experts and economists from Asia and Europe to discuss current issues of international economics and security.

The first panel concentrated on international trade and finance. It was observed that the EU policy concerning this region could be best called "unbalanced bilateralism". So far, the Europeans focused primarily on China and Japan whereas the rest of the region was more or less left aside. In addition to this, the competition for economic advantages existing between the Member States, often inhibited a coherent European approach toward Asia. Moreover, especially in the implementation of economic sanctions, the EU was regularly applying double standards.

The participants agreed that the overall prospects for further economic growth in East-Asia remained considerably good, even though some key-risks remained: Most dangerous in this regard would be an economic slow-down in the USA, which could hardly be made up by a growing demand from Europe and Japan or domestic consumption. Further dangers might be a raise of inflation-rates, a further raising of energy prices, the weakness of the regions banking sector, political and social instabilities as well as a renewed outbreak of the bird flu. 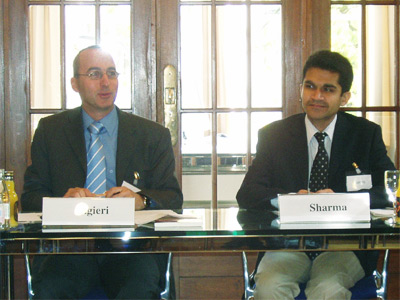 Imbalances existed in the trade sector: While the EU accounted for 15-20 percent of the ASEAN exports, the ASEAN countries share of EU exports remained at a modest 5 percent. Nonetheless, shifts were identified in the trade and financial relations of two regions. After the failure of the Doha-round, the EU and ASEAN countries started negotiating bilateral trade-agreements. Moreover, the Asian countries were no longer focussing on labour intensive products only, but also on technology and research and development. Furthermore, the direction of the financial flows had become more diverse over the past few years. Whereas most of Europes major companies had already heavily invested in the region, European countries were trying to make themselves attractive for Asian direct investment. In addition, especially China emerged internationally as a net-creditor, financing for example the Triple deficit of the United States.

In the second panel European-Asian security relations as well as the security situation in East Asia were dicussed. In general, the European approach to the region was neither very coherent nor comprehensive. Similar to economic issues only China held a top place on the European agenda. Yet, given the internal conflicts several South East Asian countries had to handle with, the EU's expertise in peace-building activities was of high interest to them. Especially the European participants expressed doubts regarding the prospects for a strengthened EU profile in East Asia. 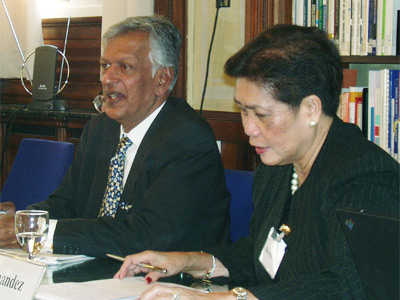 However, apart from these soft security issues the rules of the game in East Asia were best expressed in terms of realpolitik and balance of power. The most important security actors were the United States and China so far.

Regarding a potential taming of the nuclear escalation on the Korean Peninsula, they expressed scepticism across the board. The North Korean regime showed increased self-confidence after the nuclear tests, and even China seemed to have lost influence on the government in Pyongyang. Moreover, Kim Jong-ils domestic position was stronger than ever since he shifted his power-base from the communist party to the military.

In a final discussion round the participants agreed that Europe and East Asia were facing a wide range of challenges in the early 21st century, which could be tackled best through internationally coordinated efforts. For such cooperation both sides had to enter into further the political and intellectual discussions to increase their mutual understanding.