Russia and the EU – Baltic States


Since the breakdown of the former Soviet Union, relations between the Baltic states and Russia have not lived up to their potential. The foundations of a positive relationship, filled with new possibilities for partnership, existed at the beginning of the 1990s. At that time, Vilnius, Riga and Tallinn were the important driving force behind national independence and democracy in the former Soviet environment, which also included a newly sovereign Russia under president Yeltsin, a Russia that was clearly different from the former Soviet Union. These hopes have been smashed by realty. Dedicated to legacies of the past, both sides are hindered by mental maps that aim at compensating moral damages and that cloak the pursuit of political goals in the rhetoric of history. As a consequence, the necessity of working together in areas of economic and cross-border co-operation is overshadowed by the lack of strategic thinking, and by the lack of an ability to go beyond history towards new European relations. 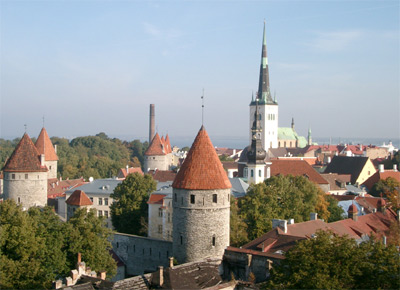 View on the city wall and the St. Olaf's church in Tallinn.

The Baltic states and Russia are both working on a return to Europe. The Center for Applied Policy Research, in cooperation with the Friedrich-Ebert-Foundation and the Baltic Centre for Russian Studies, Tallinn started a trilateral dialogue among Russia, the EU and the Baltic states dedicated to enhancing potential for co-operation. The first discussions were held on October 11, 2005 in Tallinn. The participants, policy planners from Estonia and Germany, business representatives and think tank researchers from the Baltic states, the old and new EU member states, and Russia focused on the following agenda: "Do we understand each other", "Towards an EU Baltic Eastern Policy" and "Policy Recommendations". The goal was to fill in a strategic blank spot on the European map.

The Baltic states are a particularly sensitive aspect for the enlarged European Union's Eastern policy, and they differ from the other new member statesfirst and foremost from Polandin that they have been deploying less vigour in shaping relations towards their eastern neighbours, especially Russia. Coinciding with the Baltic states' almost non-existent Eastern policy, EU institutions and structures have concentrated much more on neglected problems and certain approaches to conflict resolution than on pushing new strategies for co-operation between Russia and the Baltic states. 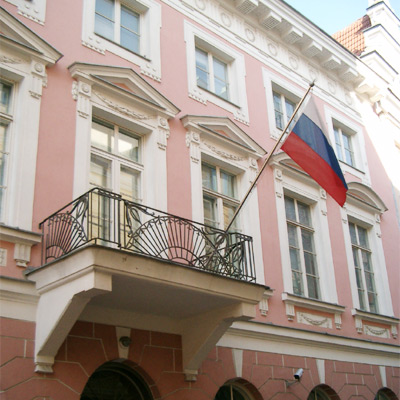 The Russian Embassy in Tallinn.

The focus on mutual understanding illustrated that the process of historic self-identification has been started, but the output is far from mutual co-operation. The Baltic states' idea of "returning to Europe" has remained closely intertwined with the idea of "distancing from Russia". That is, the EU means not only economic and political forms Baltic states should adopt, but also "salvation" from Russian influence. Overall the Baltic states have fewer questions about their identity than their Russian neighbours, but at the same time their position can be characterised as restricting their activities to one side of the pitch and forgetting the other strategic half.

Russia has even more sensitive problems with solving its strategic legacies of the past. To describe the current, still very tense relations, one speaker from Russia referred to an opinion poll of 1600 Russians on which states were perceived as Russia's enemies, conducted by the Moscow-based Levada Center in June 2005. Respondents named Latvia (49%), Lithuania (42%), Georgia (38%) and Estonia (32%). Although the Russian Federation seems to be working on its relationship with the EU, it clearly lacks a pro-active policy concerning the EU enlargement to the Baltic states. Current controversies are related to signing the border treaties, advocating the rights of the Russian-speaking population in the Baltic states and using rhetoric of confrontation rather than rhetoric of dialogue as an important means of accumulating political capital. 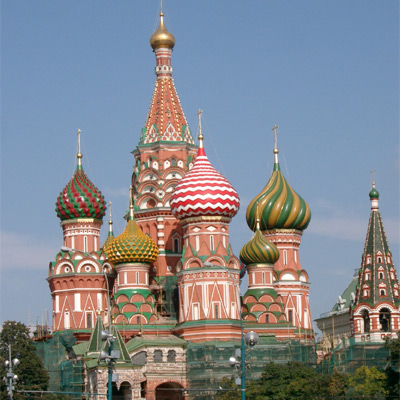 Cathedral of St. Basil in Moscow.

Baltic Russian realities are far form the desirable preconditions for co-operation. On the other hand some participants form both old and new EU member states emphasised the strategic importance of finding ways out of the current deadlock. The Baltic states and Russia both belong to the new strategic environment of overlapping integration space comprised of the EU's "New Neighbourhood" and Russia's "Near Abroad". To define the new strategic requirement of a European neighbourhood policy, Vilnius, Riga and Tallinn are challenged to fill their particular strategic niche which mutual co-operation and input on the European agenda.

It became obvious that only Lithuania started to give some impetus to the EU's Eastern policy, by implementing its interests on the Kaliningrad issue and elaborating strategies for a democratic and European Belarus. If the Baltic states continue to neglecting their interest in an Eastern policy, they run the risk of being excluded in upcoming European-Russian decisions. These include the negotiation of the new framework agreement between the European Union and the Russian Federation (Partnership and Co-operation Agreement), or the recently signed pipeline agreement between German gas giant EON AG and Russias natural gas monopoly Gazprom on transporting Russian gas to Germany via the Baltic Sea, bypassing transit states such as Lithuania, Poland and Ukraine. Furthermore, representatives of Estonian business and some Finnish participants spoke about the importance of economic co-operation between the Baltic states and Russia. The benefits would be related to transportation and trade in particular, but also to Russias growing economy in general.

The participants agreed that relations between Russia and the Baltic states within a European framework had to develop, to publish and to implement strategic priorities consistent with the new historical and political reality facing the main actors. The debate identified two aspects crucial for further cooperation. From the top-down perspective, bilateral relations can only be improved in a pan-European framework based on the identification of common future goals and priorities. The situation inside the region requires the political will to deactivate negative myths and stereotypes, with the overall goal of normalising bilateral relations.

Overall the participants identified the necessity for a future debate on: