C·A·P at the Bavarian Government 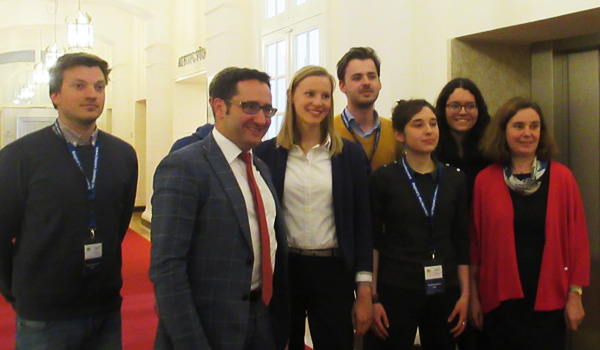 Bild 1: Tobias Gotthardt, Head of the Committee on Federal, European, and Regional Affairs with a delegation of the C·A·P student research group

On 7 May 2019, Tobias Gotthardt, head of the Bavarian Parliament Committee on Federal, European, and Regional Affairs invited a student research group from the Centre for Applied Policy Research (CAP) to present the findings of their research on the future of the European Union to the members of the Committed. This research effort was initiated by the Munich office of European Commission in partnership with C·A·P. The report comes in the midst of much public discussion of the EU's trajectory, given the upcoming May 2019 EU Parliament elections. This project also comes on the heels of the EU Commission's own white paper on the future of the EU, which it published in March 2017 for the 60th anniversary of the Treaty of Rome. Since then, the Commission has undertaken an effort to engage with stakeholders across Europe, including the C·A·P student research group, on the Union's future.

The committee meeting also saw a report on Brexit and UK-EU relations from Michel Barnier, chief Brexit negotiator for the EU. In addition to updating the Committee on the status of Brexit negotiations with the UK, Barmier spoke about the future of UK-EU relations. He stressed that Great Britain would remain an important partner for Germany, Bavaria, and all of Europe, and that therefore, relations with the UK should stay positive. He also touched on the importance of European values, noting that Europeans should value their European identity in addition to their national and regional identities. Finally, Barnier noted the importance of people across Europe engaging in the Union's future, saying that "the worst thing for Europe is silence".

The results of the C·A·P student research focused on three general thematic areas with a total of six policies examined. Regarding economic policy, the research group examined taxes and employment policy, while under the theme of security, the students highlighted energy and military defense. Finally, with regard to migration, the research group analyzed the Common European Asylum System and the European Border and Coast Guard Agency. For each policy examined, the research group issued recommendations and categorized them into the five scenarios outlined by the EU Commission white paper, which are as follows: business as usual, focus on the common market, coalitions of the willing, "less is more", and much greater cooperation.

Louise Ohlig (center), speaker of the C·A·P student research group on White Paper on the Future of Europe presenting the findings

Within the "business as usual" scenario, the research group recommends the development of base immigration standards and border improved border enforcement mechanisms, both with a focus on observing human rights. The recommendation for common base standards for migration also falls under the scenario for "coalitions of the willing", along with greater military cooperation between member states and strengthened support fir job opportunities. The "less is more" scenario, which concerns reducing the volume of EU endeavors but making them more efficient, saw recommendations to focus bilateral military cooperation on improving efficiency and increasing diversity of energy sources and cooperation with Eastern European states in response to Russian natural gas developments. Finally, within the scenario of much greater cooperation, the research group made recommendations for standardization in taxation and immigration enforcement.

The results of the student research project were presented to the Committee by Louise Ohlig, one of the student researchers. After introducing the concept of the project and outlining the policy recommendations, her presentation focused on the value that the students gained from working on this project. She told the Committee that it is vital for the future of Europe that young people be actively engaged in politics and society, reinforcing Mr. Barnier's point that the worst thing for Europe is silence. 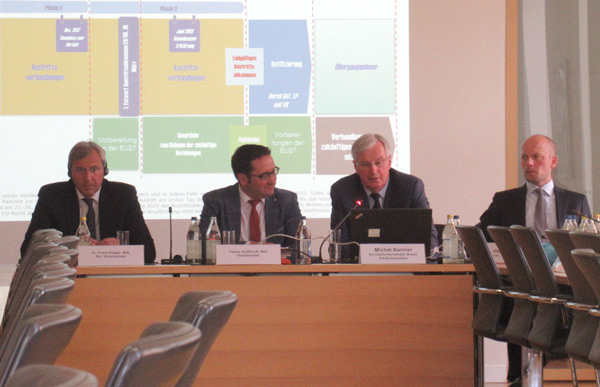 Autor: Robert Zitzmann, he is American Exchange Student at LMU and does an internship at C·A·P

Result Paper: Student Research Group on White Paper on the Future of Europe