Their wealth of resources in combination with energy wealth, economic growth and geeopolitical weight has increased the importance of Brazil, Russia, India and China, known as the BRIC-countries, in world economy and world politics. Increasing prosperity and political self assurance have led to the claim of more attention and participation rights. Common interests, however, should not hide the fact that these four countries differ widely in their internal political and economic structures. This is reflected in differing perceptions on the political world stage.

With its high democratic standards and sustainable economic growth, Brazil plays a very interesting role. The Transformation Index, a joint project of the C·A·P and the Bertelsmann Foundation in Gütersloh, values the stable democracy and growing economy of this this country. Only recently, the German 'Manager Magazin' has credited Brazil for its  confidence for foreign investors. There are no ethnic conflicts, and despite high social contrasts especially in the 'Favelas' of the large cities, Brazil is internally stable. A growing middle class indicates upward mobility and spread of wealth. 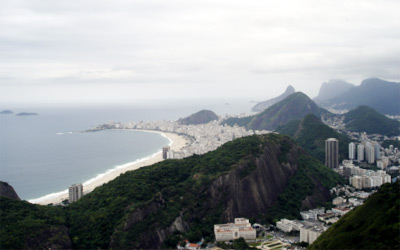 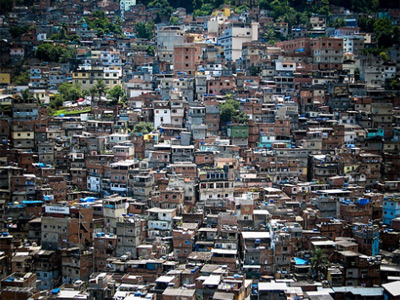 The other side of the same coin: 'Favelas' in Rio de Janeiro

While pure capitalism links positive economic development to Adam Smith's theory of the 'invisible hand', there can, however, still be need for steering mechanisms and state responsibilities. High taxes, for example, can be the base for high standards in infrastructure and social affairs. Furthermore, social affairs are often influenced and steered by nongovernmental organizations (NGOs) and foundations. In Brazil, the Fundação Getulio Vargas is a highly regarded major player in this area. With its policy applying activities it is also an interesting partner for the C·A·P. So when FGV's president Prof. Carlos Ivan Simonsen Leal extended a personal invitation for cooperation talks in Rio de Janeiro, the Center's management accepted with greatest gratitude. 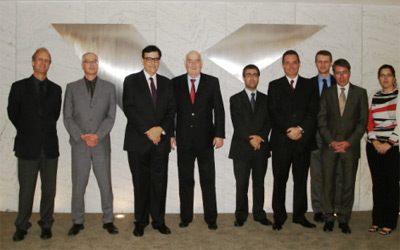 The delegations of C·A·P and FGV at their first meeting in the domicile of the foundation in Rio de Janeiro (the president of FGV, Prof. Carlos Ivan Simonsen Leal, 3rd from left, and C·A·P-Director Prof. Werner Weidenfeld, 4th from left, et al.).

The Fundação Getúlio Vargas is a institution for higher education. It was founded in 1944 by the former President of Brazil, Getulio Vargas. From the very beginning, it offered regular courses in Economics, Business Administration, Law, Social Sciences and Information Technology Management. Its original goal was to train people for the country's public- and private sector management. Vargas, who received the byname "President of the Poor" for his commitment against illiteracy also laid the founding stone for the foundation's  social engagement. 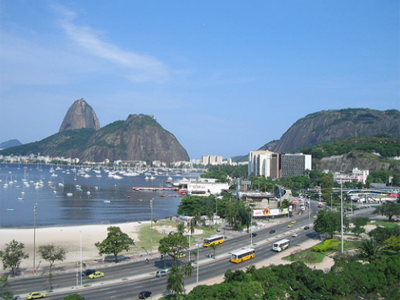 Yachting Harbor and the famous Sugar Loaf Mountain in Rio, seen from the FGV residence

Since its formation in 1944, FGV's educational mission has broadened with consulting and advising tasks in Economics, Business Administration, Law, Social Sciences and Information Technology Management. In order to connect today's youth to the global knowledge society, the program FGV Online was founded in 2000. It allows access to education via modern mass media such as TV, Video, Internet or CD-ROM. 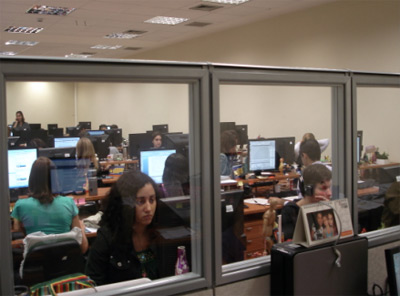 Beside the first basic pillar  the practical and continuous education  the foundation successfully increased its activities in political advising and consulting. This has been credited by Foreign Policy who recently ranked the foundation one of the top five think tanks worldwide. FGV has expanded its experience to Macro- and Microeconomics, Public Financial Affairs, Decision Management, Health, Welfare, Poverty and Unemployment, Pollution and Sustainable Development. It executes projects at the request of the public sector, private enterprise and international agencies such as the World Bank or the Inter-American Development Bank (IDB). The foundation is internationally well-connected with other institutions. As German institutions and universities are also playing an important role, there are large and interesting opportunities for cooperation between FGV and C·A·P that have been discussed at the visit. 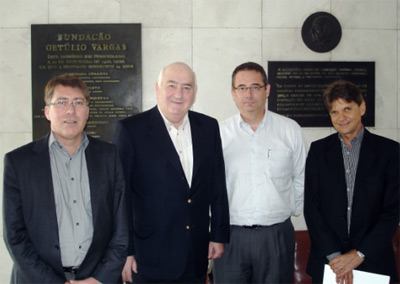 Michael Bauer as a visiting scholar at the Fundação Getulio Vargas
Research and lectures in Rio de Janeiro
23.05.2012 · C·A·P