Terrorism in the Transatlantic Context: Cultural and Economic Implications and Solution

As a result of the attacks of September 11, 2001, terrorism holds the top position on the Western security agenda. The proclamation of a global war on terrorism, the invasion of Afghanistan, the practice of hunting, capturing or killing al-Qaeda suspects all over the world and the expansion of legal powers and organisational capacities within the Western security services have increased the pressure on al-Qaeda and affiliated groups. Yet, this military-based counterterrorism strategy has failed to sustainably contain terrorist activities. Instead, today al-Qaeda can be understood as an ideological platform and cultural symbol that justifies the use of terrorism to its followers. The Western counterterrorism efforts have transformed terror organisations, but they have not rendered them less dangerous. 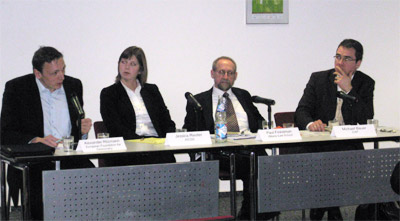 Against this background, the American Institute for Contemporary German Studies invited scholars to discuss the role of cultural and economic efforts to counter and contain terrorism at a workshop in Potsdam on December 7, 2009. C·A·P researcher Michael Bauer presented his ideas on the subject in the panel dedicated to the impact of terrorism on Western culture and cultural approaches in counterterrorism. In particular, he discussed a) terrorism and European political and security culture and b) the notion of a war on ideas and public opinion towards the West in the Middle East. 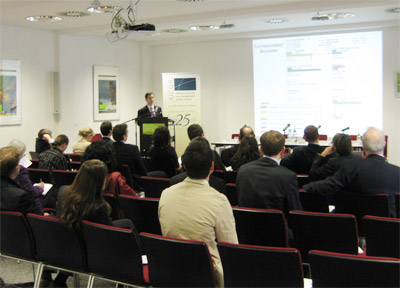